Pilgrimage on a Big Scale

Saudi Arabia has directed its best efforts and resources toward simplifying the fulfillment of every Muslim’s obligation to make a pilgrimage to Mecca. The Hajj brings about seven billion dollars a year into the Saudi kingdom’s coffers. This is how the Saudis do it – should Israel be learning from them?

Every year, of the approximately 1.3 billion Muslims in the world, about 3 million pilgrims arrive in Mecca during the month of the Hajj. These enormous numbers mean that crowd control methods have become critical, while the ceremonies have been modified slightly: there is no longer any need to kiss the Black Stone, only to point at it each time one goes around the Kaaba; in the past, at the “stoning of the devil” ceremony rocks were thrown at tall pillars, but too many accidents caused the pillars to be exchanged for long walls, with baskets beneath to catch the rocks; the animal sacrifice may be performed either personally, or through an agent; and so on.

Numerous organizations are responsible for organizing and managing the Hajj. Saudi Arabia has implemented a system of registration, passports and visas, in order to control the flood of pilgrims. The aim of this system is to encourage and assist those arriving in Mecca for the first time, while placing restrictions on those who have already made the Hajj. Objections are rife, since many want to make the pilgrimage a number of times, but the Hajj Committee claims that there is no other way of avoiding the accidents and tragedies that have resulted from the enormous crowds.

In spite of all the efforts to improve safety, incidents still occur during the Hajj, causing hundreds of fatalities. The city cannot always prevent overcrowding or provide accommodation for all the visitors, and pilgrims have been trampled as a result of the crowded conditions. Those who die during the ceremonies are considered as martyrs who have died for Allah.

Visas are an absolute requirement for the entry of foreign pilgrims into Mecca during the Hajj. Those entering illegally may be imprisoned, or heavily fined. 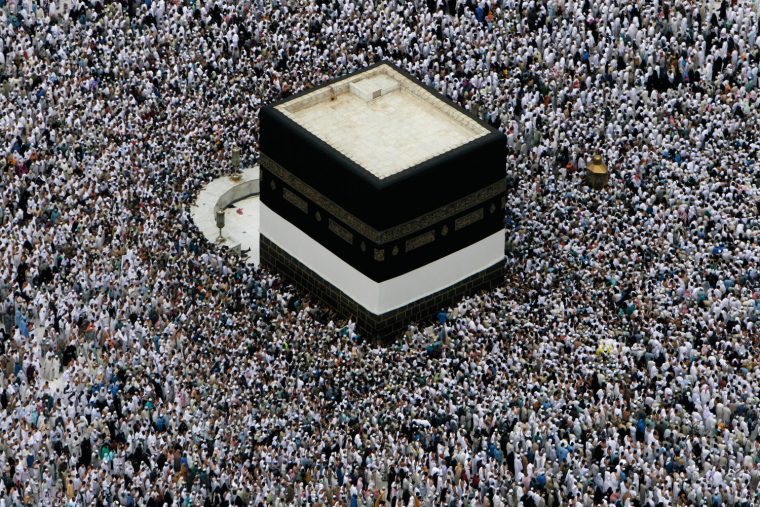 Pilgrims circling the Kaaba in Mecca, 2009

The bulk of the foreign pilgrims arrive in Jeddah by air, and continue from there to Mecca by bus. The trip from Jeddah to Mecca lasts about an hour, and is restricted to tourists traveling to the pilgrim cities. The road from Jeddah to Mecca is now a modern highway, traversed by a fleet of 15,000 buses allocated for the Hajj.

One of the stages of the pilgrimage during the Hajj is the re-creation of Hagar’s distress in running between the two hills (Safa and Marwah), while searching for water for herself and for her son, Ismail (Ishmael). With the increase in the number of pilgrims, the Saudi authorities enclosed the hills within a massive structure, and installed a moving walkway between them. The hills themselves were destroyed in the course of construction, and all of the symbolism of Hagar’s desperate search has disappeared. The authorities are currently installing air-conditioning for the whole of the building. The moving walkway in Mecca was designed mainly for those with limited mobility, and its length is approximately half a kilometer.

The most common mass accommodation option for the pilgrims is the tent cities (Tawafa Establishments – Muzdalifah, Arafat, Mina). These gigantic air-conditioned tent cities, set up for the use of pilgrims for a few days each year, are equipped with hundreds of kitchens distributing food, thousands of drinking water fountains and washing areas, medical clinics, security personnel and police who direct the movement of the pilgrims, and a telephone and wireless internet network that covers all the pilgrimage centers, and which allow the pilgrims to place direct international calls. Other accommodation options include hotels, ranging from the most opulent five-star establishments downwards, and apartments and rooms offered for rent. 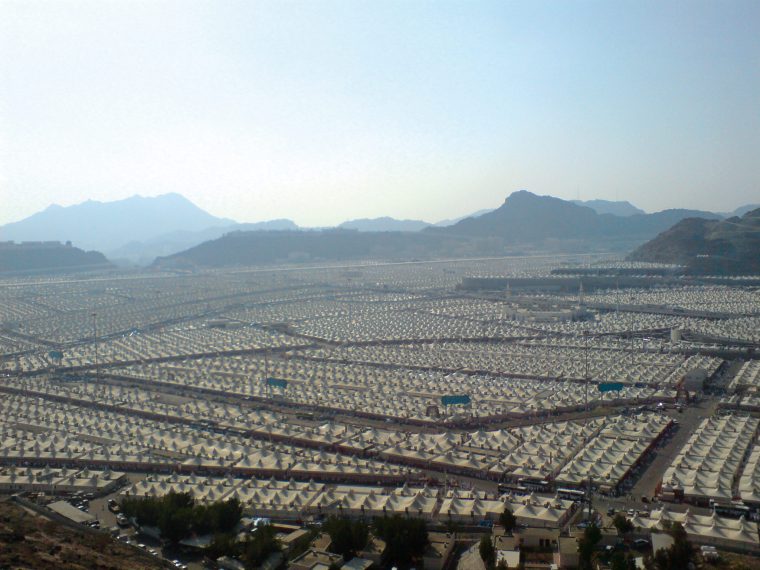