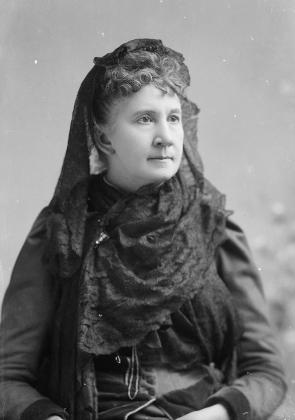 Attorney Belva Ann Lockwood received permission from US President Rutherford B. Hayes to argue cases before the United States Supreme Court. Though not the first woman to qualify in law, the few existing graduates’ path to success was blocked by frequent refusals to grant them admission to professional lawyers’ guilds, while judges refused to recognize women’s right to appear in court. Widowed at a young age, Lockwood gained a reputation as a teacher and advocate of women’s education. She began to study law in 1870, aged forty, receiving her diploma in 1873 – though after petitioning President Ullyses S. Grant to intervene on her behalf. In 1876 she applied to join the bar of the Supreme Court. Chief Justice Morrison Waite’s reply was emphatic and absolute:

By the uniform practice of the Court from its organization to the present time, and by the fair construction of its rules, none but men are permitted to practice before it as attorneys and counselors.

After a two-and-a-half-year struggle, Lockwood was finally admitted to the bar and licensed by the Senate and the US president to appear before the Supreme Court. It took another forty years for Congress to award women the vote in national elections, by that didn’t stop Lockwood running for president in 1884 and 1888. To this day, only four women have served as justices to the US Supreme Court, three of whom are still currently serving.

Official announcement allowing women to appear before the US Supreme Court

Place in the Sun

It Takes a (Hasidic) Village