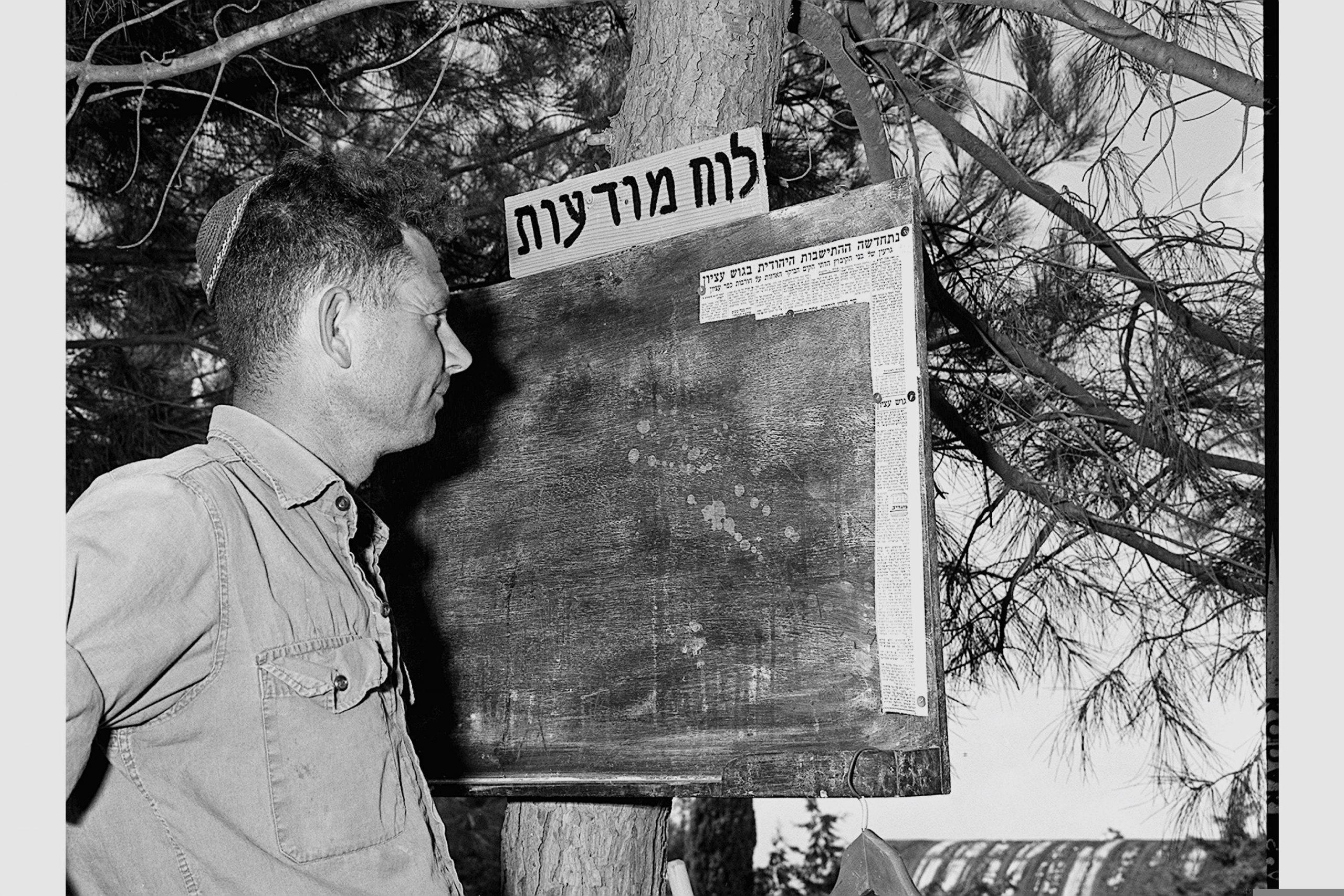 Kibbutz Kfar Etzion was founded by the orthodox branch of the Shomer youth movement in 1943. Beseiged during Israel’s War of Independence along with the other settlements of the Etzion bloc,its women and children were evacuated to Jerusalem, and after fierce battles, the Kibbutz was completely destroyed and its defenders massacred by the Jordanian Arab Legion the day before the State of Israel was declared, on 13 May 1948. After the Six Day War and the liberation of the area, the Kibbutz was resettled on its original site, by the children of its original inhabitants together and members of the Bnei Akiva youth movement. Today its main source of income is from its turkey farm and fruit trees, local tourism and a factory manufacturing ceramic weapons defense parts. Its museum commemorating the establishment and the fall of the Etzion bloc has recently been redesigned and renewed.