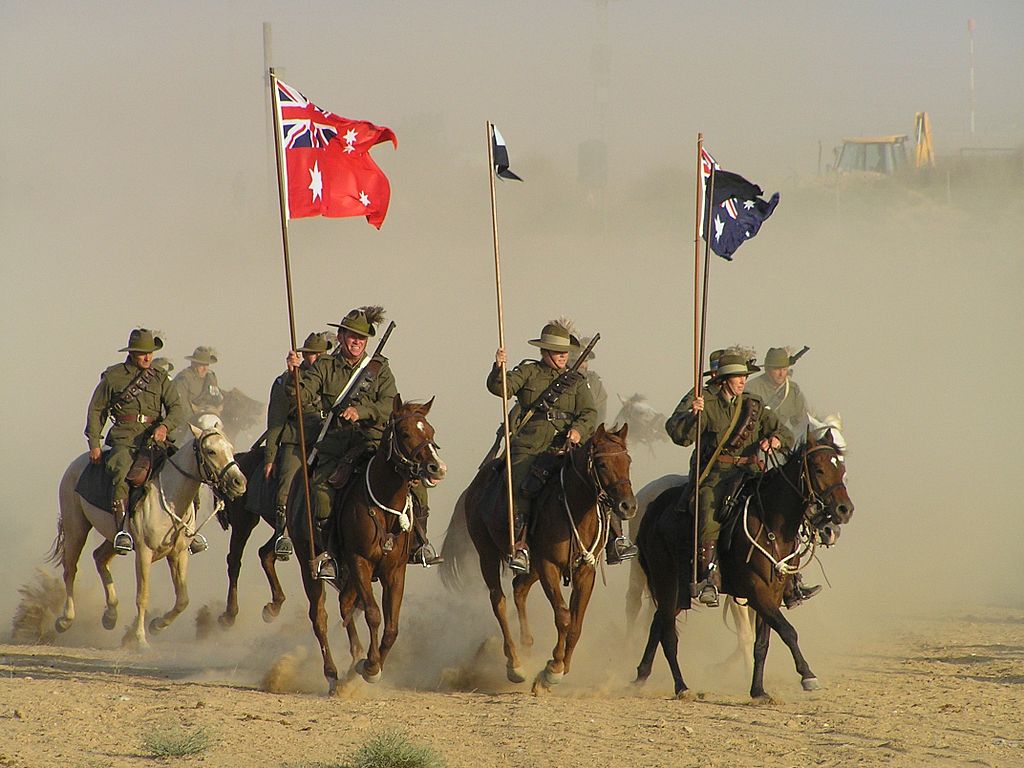 The last successful cavalry charge in history took place during the Battle of Beersheba, the decisive battle in the British Middle Eastern campaign against the Ottoman Turks in World War One. In an era dominated by machine guns, barbed wire and massed heavy artillery, the Australian 4th Light Horse Brigade charged four miles of Turkish trenches, overran them and captured the wells at Beersheba. The water supply was essential to the continued advance of British forces into the Holy Land. capture of of the town led to the seizure of Gaza by British troops including the Jewish soldiers of the 39th Battalion of Royal Fusiliers.