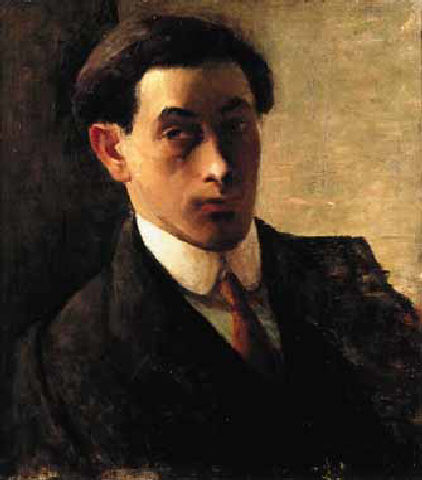 In Bristol, England, Barnett (Dov-ber) and Hasia Rosenberg, an immigrant couple from Dvinsk, gave birth to the poet Isaac Rosenberg. The young man who had trained as an artist, and self-distributed his poetry together with his sister, enlisted in 1915 and was among the first to publish poetry that was critical of the war. A private in the 11th (Service) Battalion of The King’s Own Royal Lancaster Regiment, Rosenberg was killed on the Western Front in April 1918, at the age of 27. His collection Poems from the Trenches is considered by some to be among the most outstanding poems written during the First World War, chief among them his Break of Day in the Trenches.

Break of Day in the Trenches

The darkness crumbles away.

It is the same old druid time has ever,

Only a live thing leaps my hand,

As I pull the parapet’s poppy

To stick behind my ear.

Droll rat, they would shoot you if they knew

Now you have touched this English hand

You will do the same to a German

Soon, no doubt, if it be your pleasure

To cross the sleeping green between.

It seems you inwardly grin as you pass

Less chanced than you for life,

Bonds to the whims of murder,

Sprawled in the bowels of the earth,

The torn fields of France.

What do you see in our eyes

At the shrieking iron and flame

What quaver – what heart aghast?

Poppies whose roots are in man’s veins

Drop, and are ever dropping;

But mine in my ear is safe,

Just a little white with the dust.