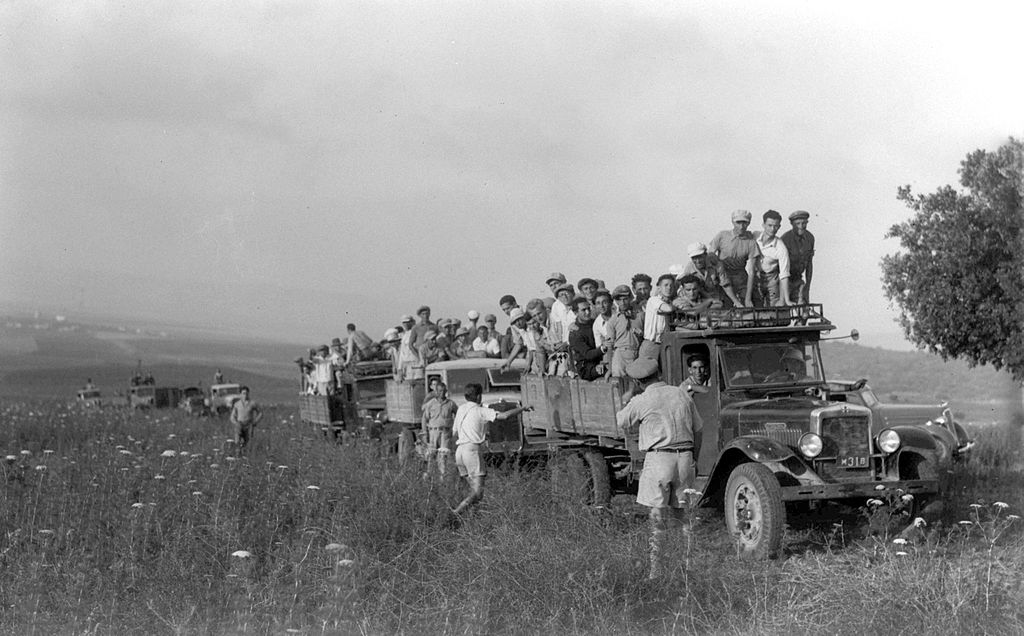 The first three members of the “Shepherds” organisation, set up with the encouragement of the famous founder of the Hashomer defence organization for the Galilee, Alexander Zaid, jumped out of the Jezreel Valley train at Kiryat Haroshet on their way to found Kibbutz Alonim. They were just the first of a larger group from the General Federation of Students and Young Workers in Israel, a Labor Zionist youth movement, that had answered Zaid’s appeal for volunteers to help him guard the lands of the Jezreel Valley under Jewish cultivation from Arab attacks. The original group lived as a commune extremely meagerly, working as agricultural and construction laborers to support themselves by day and guarding by night. On January 18 1936, they joined up with a group of immigrants who’d arrived with Youth Aliya, trebling the size of the group to 70 young men and women. After wandering between various settlements in the North, they founded Kibbutz Alonim on land purchased from the nearby Arab village of Qusqus (near the modern town of Kiryat Tivon). The kibbutz was set up in one night as part of the tower and stockade settlement campaign, on June 26 (27 Sivan) 1938.