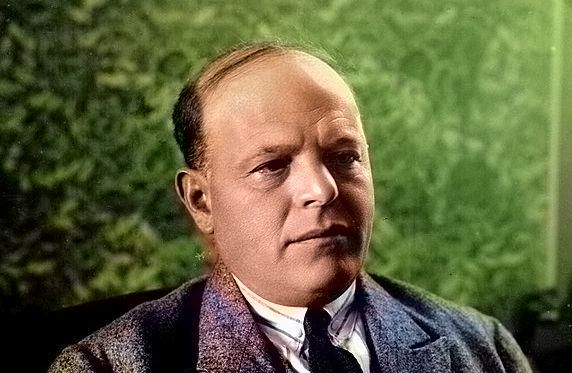 The poet Chaim Nachman Bialik died. Bialik was born in the village of Radi, near Zhitomir in the Ukraine. He studied for a year and a half at the Volozhin Yeshiva, where he began to write poetry. After the publication of his poem ‘To The Bird’ he was spotted as a young brilliant talent in Hebrew poetry, and soon was called the ‘national poet’. In 1924 he immigrated to Israel with his wife, and in his lifetime the street in which he lived in Tel Aviv was named after him. In his various projects, Bialik worked hard to realize his vision of gathering the wisdom of Israel and shaping a renewed Jewish culture, and was one of the most prominent among the designers of modern Hebrew culture.

He died in Vienna after complications of surgery and was buried in the Trumpeldor cemetery in Tel Aviv. More than 100,000 people attended his funeral.