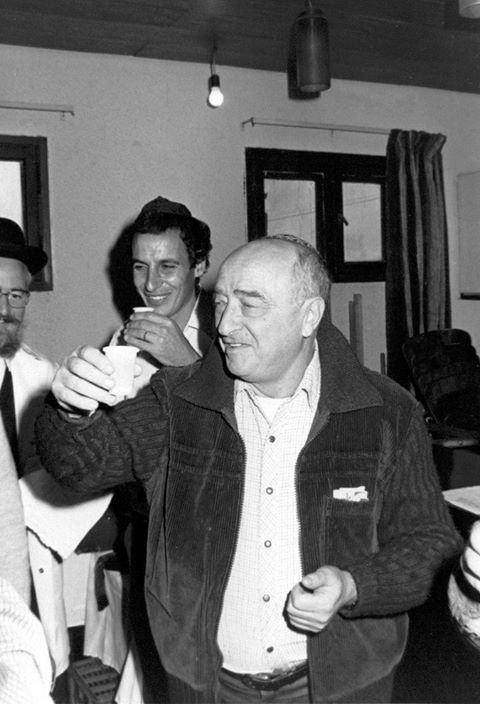 Simcha Holzberg was a Holocaust survivor who fought in the Warsaw Ghetto uprising and came to Israel as the sole survivor of his ultra-Orthodox family. As well as famously protesting (and being arrested in the process) against diplomatic relations between West Germany and the State of Israel, he became known as “the father of the wounded” when he began visiting wounded soldiers in hospital after the Six Day War. He campaigned actively for the rights of Israel’s war wounded from that point on until his death on today’s Hebrew date.