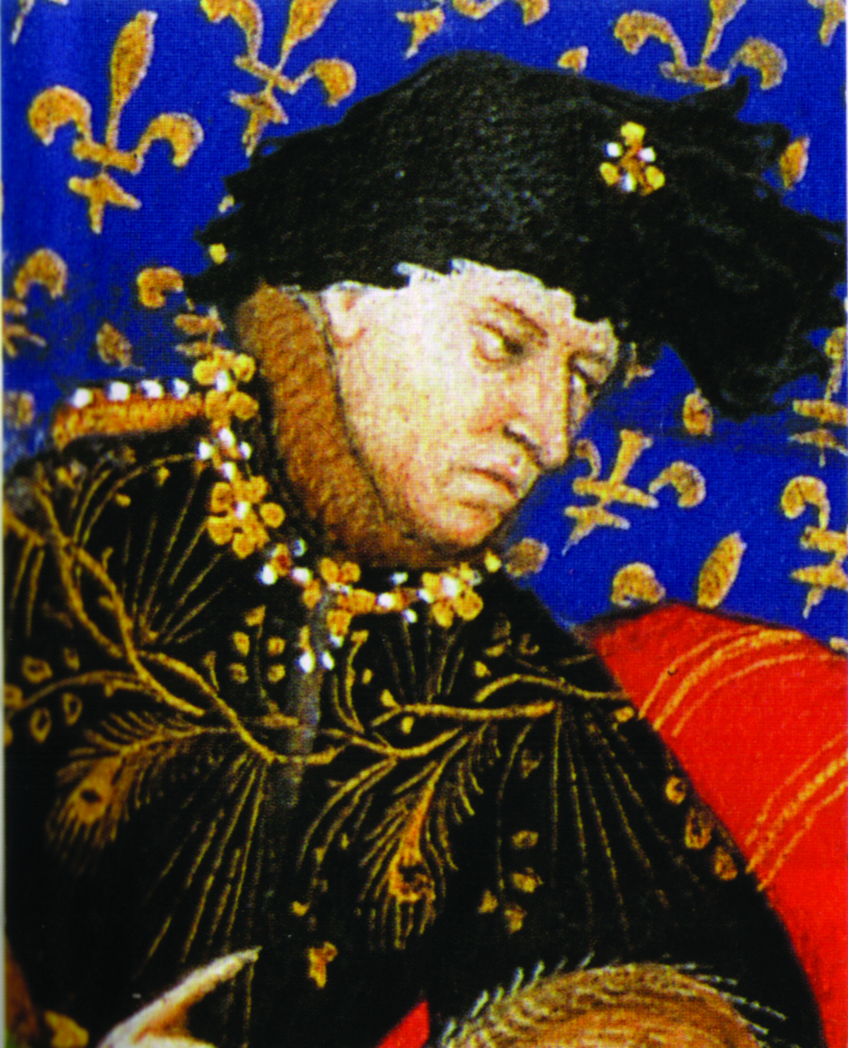 Screaming “Aux Juifs!” (To the Jews!), a mob descended on Paris’ Jewish Quarter for four days of murder and plunder. The rampage was triggered by failed negotiations with the three dukes governing France in the name of Charles VI, who’d ascended the French throne a week earlier at the tender age of twelve. Exploiting the boy king’s weak position, his subjects refused to pay taxes and repudiated their debts to the Jews, demanding their expulsion as well. When refused, the French rioted. Hughes Abriot, provost of Paris, obtained an order for restitution of all property and the return of all infants forcibly baptized, only to find himself accused of Judaizing and sentenced to life imprisonment. (He subsequently escaped.) In 1394, Charles expelled France’s Jews, then descended into madness.