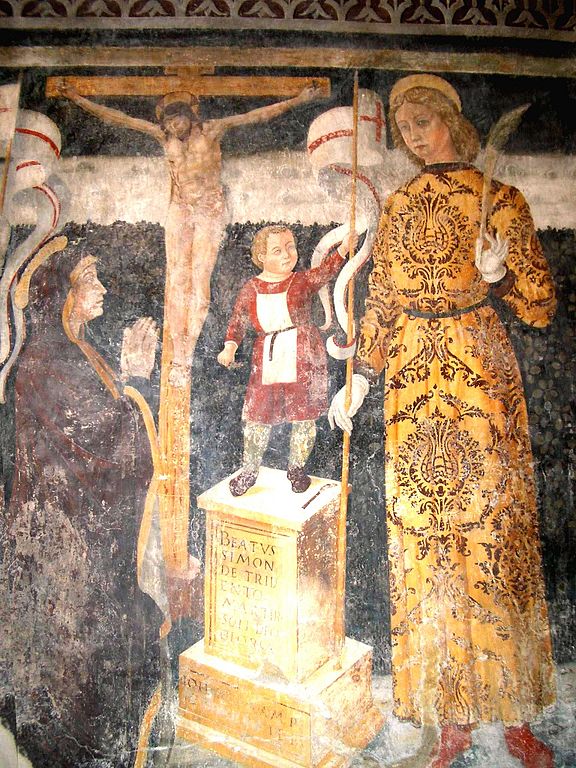 A toddler named Simon went missing in Trento, Italy, on the second day of the Pesach festival. His body was found on the following Sunday, March 26, by three Jews named Tobias, Samuel and Angelus. In his Lent sermons, Bernardino da Feltre – a preacher in the area – had warned that the Jewish money-lenders would murder a Christian child to use his blood for Passover. According to the Christian account of the subsequent blood-libel, Simon’s body was found on March 21, prior to the beginning of the Jewish festival. Most of the Jewish community of Trento was arrested and tortured, and seventeen “confessed” to the murder, repeating the accusations against them verbatim.

Despite various attempts to intercede, the persecution continued. In June, eight of the wealthiest Jews imprisoned were baptized, then beheaded or burned at the stake. More executions followed in December, and in January 1476, and a wave of anti-Jewish riots swept southern Italy.