The Jewish Father of French Impressionism

Who are you, Jacob Abraham?
The Impressionist
By: Naomi Samuel

Who are you, Jacob Abraham?

The tags hanging in museums the world over next to Pissarro’s famous landscapes, cityscapes, and pointillist figures don’t usually include his full name – Jacob Abraham Camille Pissarro. If they did, more people would know he was Jewish – probably much to the self-declared atheist and anarchist’s distress. 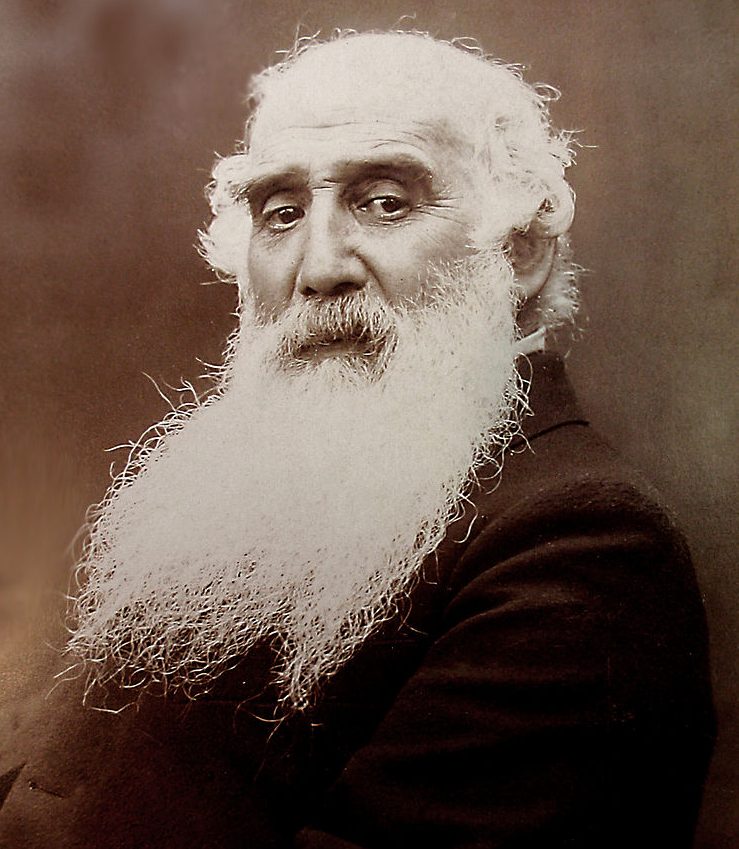 Pissarro descended from Spanish-Portuguese Jews. His grandfather left Bordeaux, France, for the lush, tropical island of St.Thomas in the Danish West Indies, where Camille was born and raised. His parents sent their son to be educated in France, after which he worked as a clerk in his father’s import-export business, though he would have much preferred to paint. He kept at his sketchbook and palette in his spare time, and Dutch artist and neighbor Fritz Melbye served as his mentor. Melbye inspired Pisarro to devote himself to painting, and he moved first to Venezuela, then to Paris to study seriously under such artists as Corot and Courbet.

Pissarro completed his paintings outdoors (until eye infections forced him to work sitting by an upper floor window instead), often in one sitting, which gave his work a realistic feel. He painted landscapes but also laborers, suggesting that simple people, too, were suitable subjects. Summing up Impressionism, he wrote:

Work at the same time upon sky, water, branches, ground, keeping everything going on an equal basis and unceasingly rework until you have got it. Paint generously and unhesitatingly, for it is best not to lose the first impression. 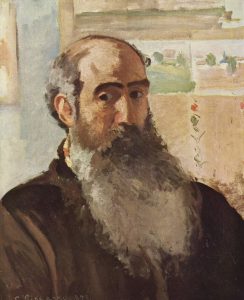 The Dreyfus affair of 1894 forced Pissarro, like many other unaffiliated French Jews, to decide where his loyalty lay. When the Impressionist Degas expressed anti-Semitic views during Dreyfus’ trial, Pissarro ended their close friendship.

Boulevard Montmartre, Afternoon Sun is the first of a series depicting the same view in different seasons. 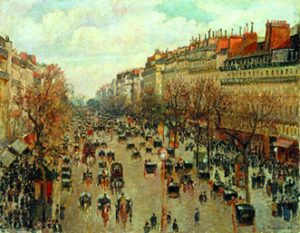