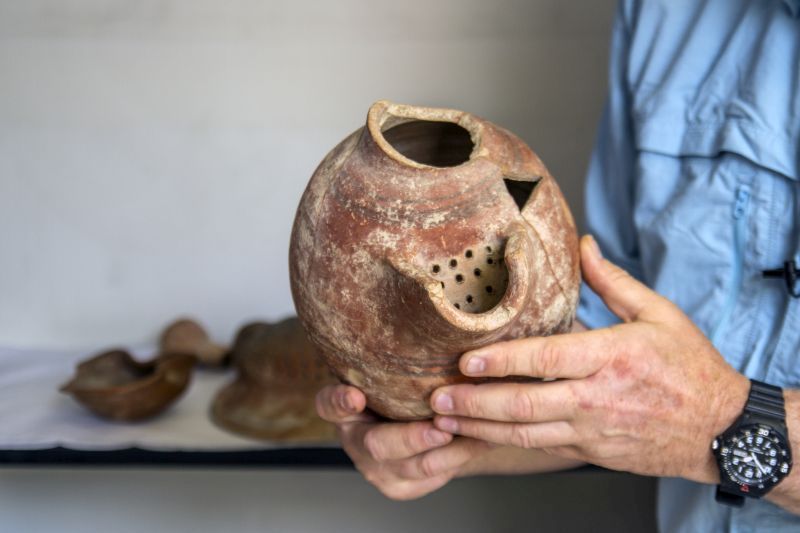 Beer was an important component of the ancient daily diet, and was also the first alcoholic beverage ever distilled by humans. Pottery vessels used for beer production in antiquity were the basis for the new study. Researchers generated yeast colonies from residue left in the pores of the ceramics, tried to examine how they were preserved over the years. The yeast was then used to make high-quality beer.

The vessels were chosen from various periods in history, from 3000 BCE to the fourth century BCE, from the founding of the first unified Egyptian kingdom during the reign of King Narmer to the days of Nehemiah, governor of Judea under the Persians. The pottery originated from Tel Tzafit (ancient Gat) and Ramat Rachel, near Jerusalem.

“The most amazing thing is that the yeast colonies survived inside the ceramic pots, dormant  for thousands of years, just waiting for us to come and grow them. “

Paz emphasized the discovery’s significance: “This is a real breakthrough. For the first time we’ve succeeded in producing alcohol from ancient yeast, that is, from the original materials the ancients used.”

Prof. Yuval Gadot of the Department of Archaeology and Ancient Near Eastern Cultures at Tel Aviv University pointed out that some of the vessels came from Ramat Rachel, the largest Persian site in the Kingdom of Judea, and that many of the jars were engraved with the letters Y, H, D, (Yehud), the name by whichJudea Province was known during the Persian period.