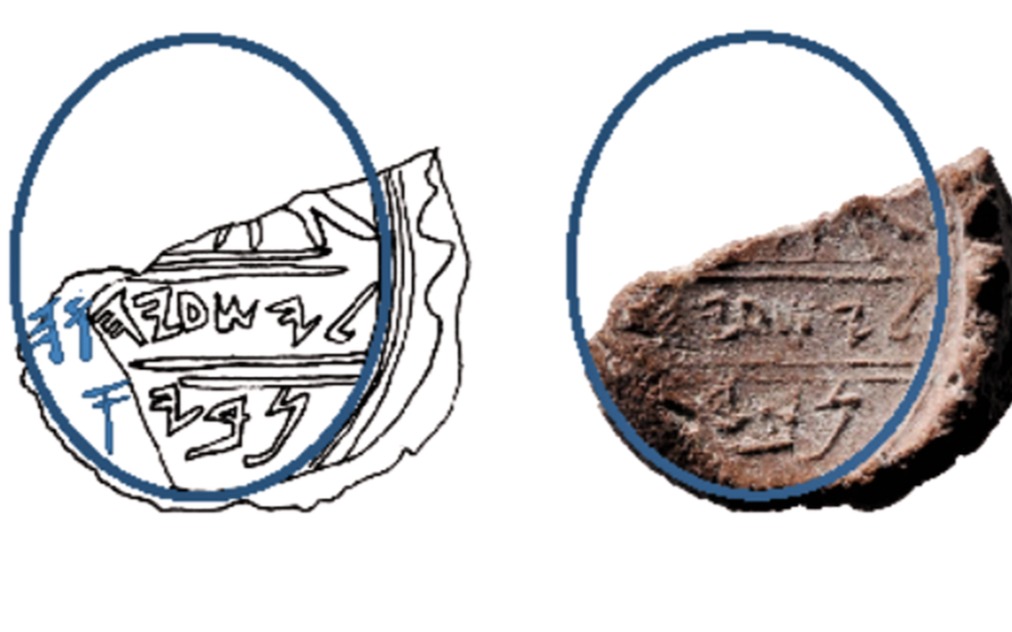 As if the prophet Isaiah hasn’t caused enough trouble already with a biblical book some prefer to divide into first and second Isaiahs, now archaeologist Eilat Mazar has revealed a bulla, or clay seal impression, which has set the cat among the pigeons in Israeli archaeological circles. The bulla in question is marked with the name Isaiah, in ancient Hebrew script, and below it the letters nun, bet and yud – three out of four letters of the Hebrew word for prophet, Navi. Above the letters is an image of a doe grazing. Discovered during Mazar’s first small Ophel excavation at the base of the Old City Wall by Dung Gate in 2009, the bulla was found in the same archaeological stratum, and just three meters away from a similar artifact bearing the name and royal insignia of King Hezekiah – a contemporary and close associate of the prophet, and reputed by legend to have been his son-in-law. (Thirty one other clay seal impressions were found at the same time, some of which have been examined and publicized in the interim.)

The discovery was a scoop awarded by Mazar to BAR – Biblical Archaeological Review Magazine – prior to peer-review of her publication, to mark the retirement of its founding publisher, Hershel Shanks. Meanwhile, all and sundry are countering Mazar’s contention that this could be a physical connection to the biblical prophet.

Dr. Haggai Misgav, an epigrapher associated with the Hebrew University in Jerusalem, whom Mazar consulted on the bulla in 2014, points out that such clay impressions were commonly used to mark goods and produce, and that its unlikely any individual would use the title “prophet” in such a context. Although the bulla is damaged, leaving open the possibility that the letter alef might indeed have been part of the original inscription, it’s just as likely that it was not. Seals marked with the letters nun, bet, yod, have been found in the past, suggesting that they might signify just another name from the period. But, he adds, “there’s always someone ready to pounce on the find with cries of “Hurray! We’ve proved the Bible was true!”

The tiny bulla was found by wet-sifting Iron Age material dug out close to bedrock, near the remains of a structure thought to have been a royal bakery in the administrative complex of ancient seventh to ninth century BCE Jerusalem.