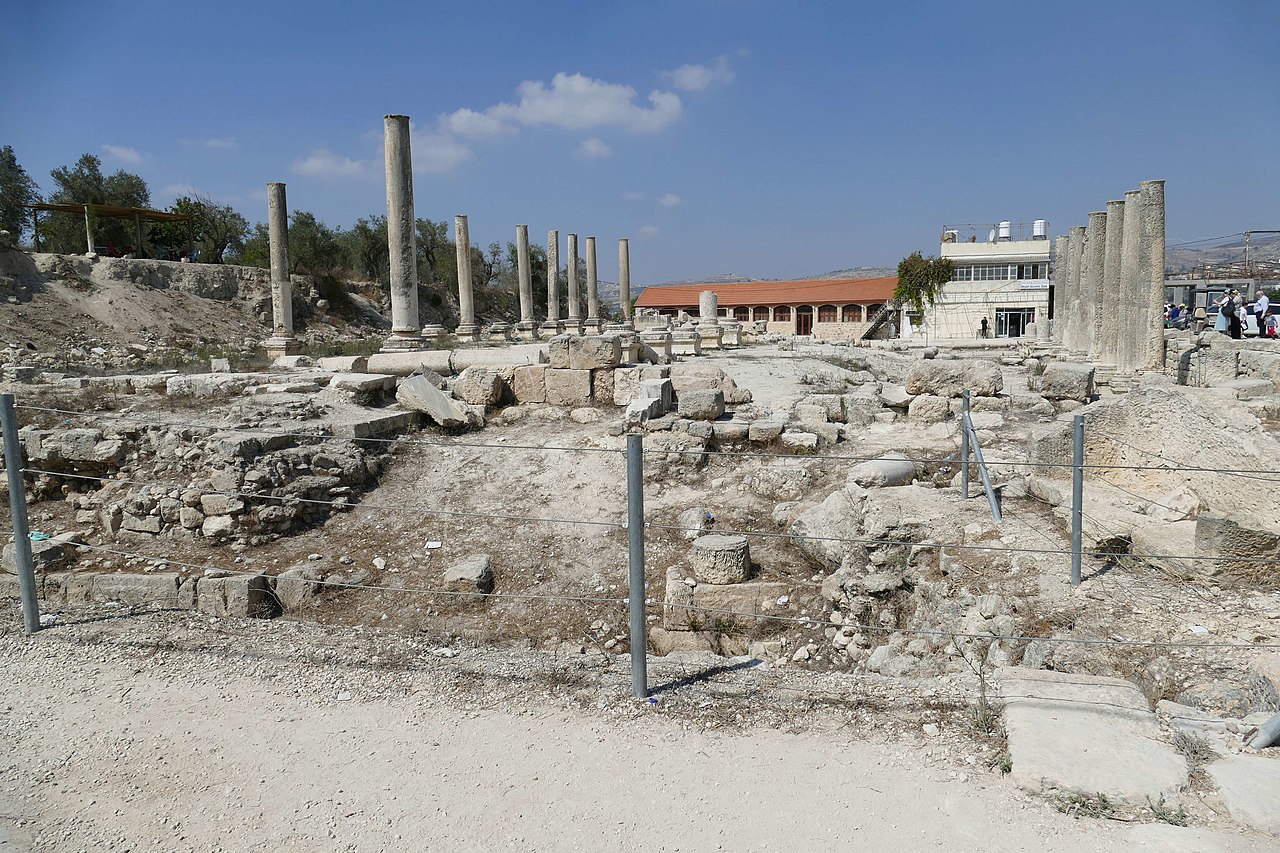 Though Samaria is under Israeli jurisdiction and has been declared a national park, parts of the site are under joint Israeli- Palestinian administration (area B). No longer closely supervised by Israel, the site has fallen prey to massive antiquities theft.// Assaf Avraham

And Ahab son of Omri ruled Israel in Samaria twenty-two years. (I Kings 16:29)

The city of Samaria was built by Omri as his new capital in roughly 877 BCE and served as the northern Israelite kingdom’s urban center until its destruction by the Assyrians in 722 BCE.

In Hoshea’s ninth year, the king of Assyria captured Samaria and carried Israel away into Assyria. (II Kings 17:6)

The kingdom was renamed Samaria, after the city where the local governor held court, and became first an Assyrian, then a Babylonian, and finally a Persian province. A century later, the city of Samaria vied for prominence with rebuilt Jerusalem, inhabited by returning Judean exiles.

The site was extensively excavated before the 1960s, revealing sections of an impressive royal complex built by successive kings of Israel. The massive hewn-stone construction yielded a fabulous collection of ivory panels, known as the Samaria ivories. Experts have sought to link these to Ahab’s House of Ivory (ibid. 22:39) and to the ivory couches denounced by the prophet Amos as typifying the decadence of the northern Israelite aristocracy:

Woe to those who are at ease in Zion and trust in Mount Samaria […], who lie on beds of ivory, stretch out on their couches, and eat lambs from the flock and calves out of the stall. (Amos 6:1, 4) 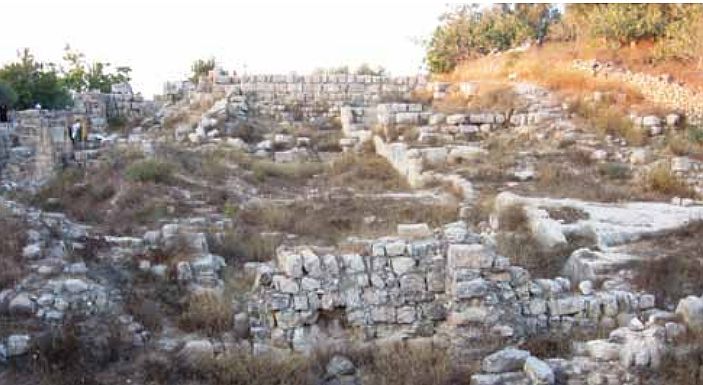 Accessible only with a military escort, Samaria’s archaeological treasures include the most complete Roman theater in the Middle East, an avenue of columns gracing the forum, and remains of King Ahab’s palace dating from the First Temple period

In 30 BCE, Augustus Caesar gifted Samaria to Herod as part of his Judean kingdom. Herod rebuilt the city, renaming it Sebaste, the Greek version of Augustus. Like many Roman towns, this one’s name has been appropriated by a neighboring Arab village. Until very recently, artifacts were still scattered around the site, which includes a large Roman theater. 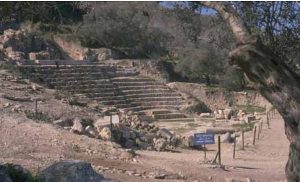 Though Samaria is under Israeli jurisdiction and has been declared a national park, visits must be coordinated with the IDF. No longer closely supervised, the site has fallen prey to massive antiquities theft. Expanding steadily westward toward the archaeological remains, the village threatens to cover the entire area with modern buildings. The aerial photograph shows how homes are gradually encroaching on the ancient Roman forum. 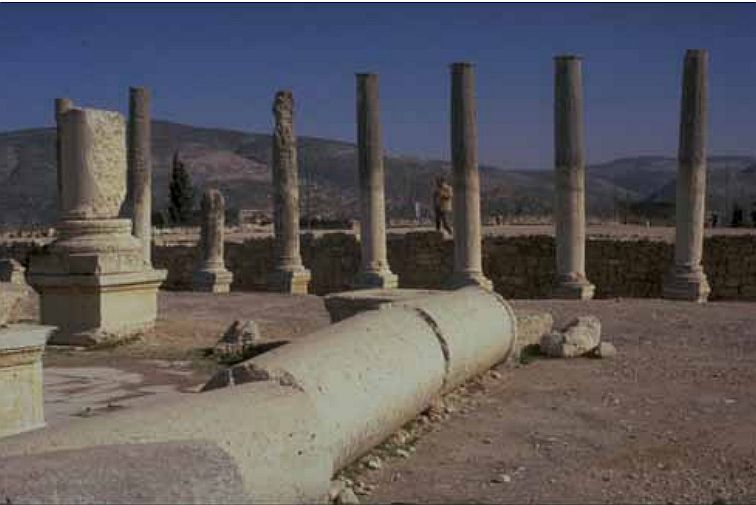 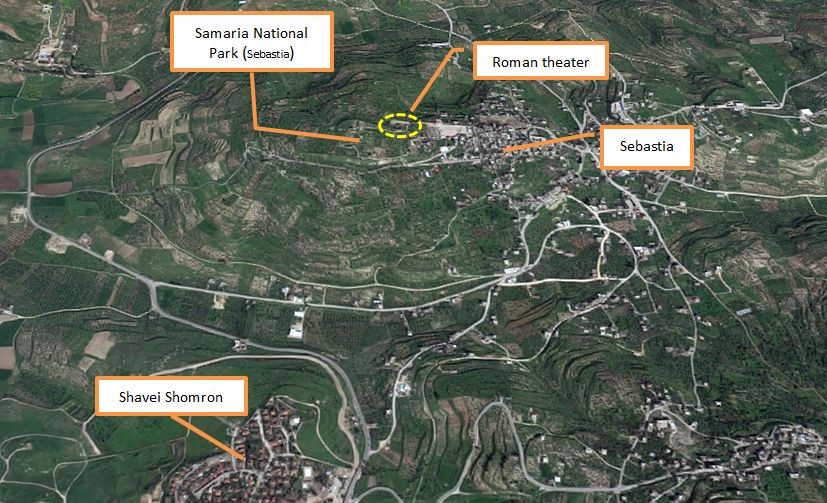 With no Israeli intervention and no sign of archaeological supervision, the Palestinian authority has recently upgraded its side of the site – at Israel’s expense! Now all the ancient Roman capitals have been transferred to a museum currently under construction in Area B, where the original paving of the Roman forum has been summarily replaced with modern flooring to accommodate tourists. Stolen artifacts are sold openly in nearby Sebastia as well as on the site. Israeli authorities turn a blind eye, claiming the wholesale destruction of the ancient Israelite capital of the house of Ahab is beyond their control.

Redistribution of ancient artifacts by the Palestinian Authority 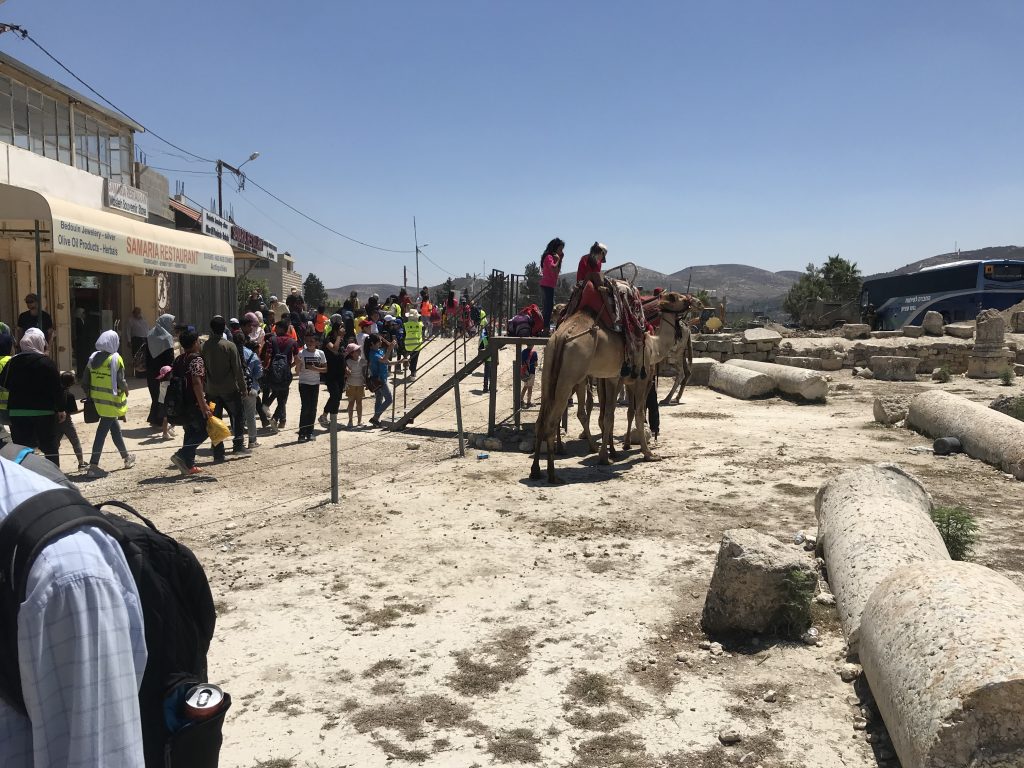 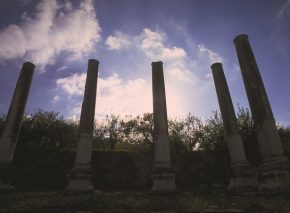 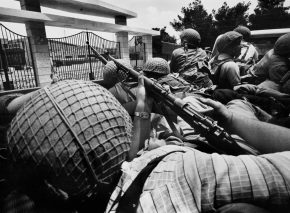 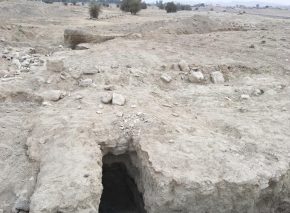 Wanton Destruction on a Calamitous Scale