New York – A Community in Flux

Like most immigrant groups, New York’s Jewish population started small. Growing exponentially, it soon formed the most significant minority in the city. The Jewish population peaked in the 1920s, when almost thirty percent of the city’s inhabitants were Jews. The map shows the changing face of New York’s Jewish neighborhoods. The arrows match the colors of the years on the timeline to show large influxes of Jews into various areas. Jews were also to be found throughout New York during most of these periods – although in lower concentrations. 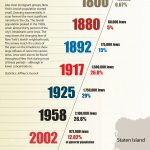 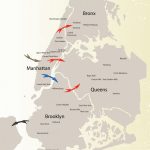