The Night of the Murdered Poets

Political pawns of the Soviet state, thirteen Soviet Jewish intellectuals were murdered in one night

On August 12, 1952, thirteen Soviet Jews convicted of espionage and treason were executed in Moscow’s Lubianika Prison. Their confessions had been extracted by torture. This group, known as “the Martyrs of the Soviet Union,” included actor Benjamin Zuskin, poets Itzik Feffer and Peretz Markish, children’s author Leib Kweitko, and other leading intellectuals.

The story began with the Jewish Anti-Fascist Committee, founded in 1942 to develop ties with American Jewry as part of the Soviet struggle against Nazi Germany. Solomon Mikhoels headed the committee, and most of those executed were his friends and associates. At the end of the war, the committee came under immediate suspicion of collusion in an international plot to overthrow the Communist state. By 1949, in view of the new Zionist “threat” posed by the State of Israel, the Soviets were openly hostile to all Jewish activity, and the committee was shut down.

Mikhoels had been assassinated early in 1948, and a year later most of his colleagues from the committee had been arrested. They were accused, among other things, of trying to set up a Jewish state in the Crimean Peninsula. Extreme violence was used in their interrogation. Historian Joseph Yusefovitz claimed during his trial that he was hit so often and so hard that he would have admitted to being the pope’s nephew if it could have helped him. Surgeon Boris Shmuelevitz, who refused to plead guilty to a single charge, reckoned that he received more than two thousand blows.

The trial, held behind closed doors before a tribunal of three judges and no defense attorneys, began May 8, 1952, and ended July 18. All the accused spoke at length and were then extensively cross-examined in an attempt to trick them into incriminating their colleagues. The proceedings dragged on much longer than anticipated. The senior judge asked to reopen the investigation in view of the many internal contradictions and gaps in testimony, but the Soviet leadership wanted a swift conclusion – execution by firing squad and confiscation of all property belonging to the convicted. Only two escaped this fate: Solomon Bergman, who fell into a coma during the trial and died in prison a few months after the others were executed; and biologist Lina Stern, whose sentence was commuted to exile due to the importance of her research.

The results of the trial were kept secret. The martyrs’ families were exiled in December 1952, remaining ignorant of their relatives’ fate until 1955, when their files were reopened after Stalin’s death. Recognizing that all the confessions had been obtained under duress, the supreme military tribunal ruled that the accusations had been baseless and closed the case. 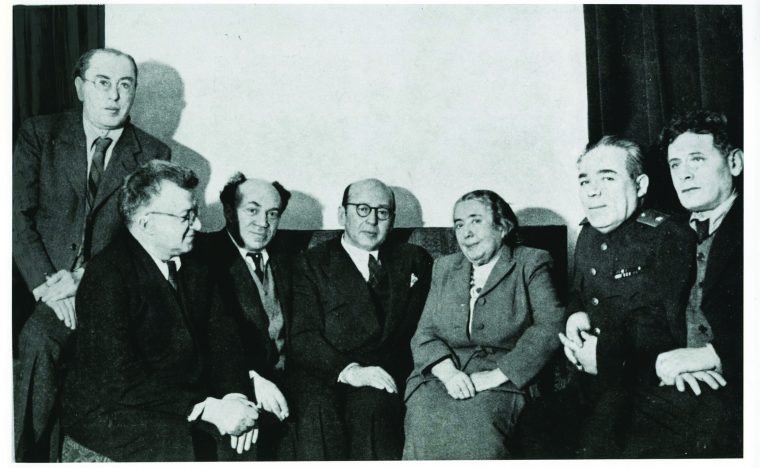 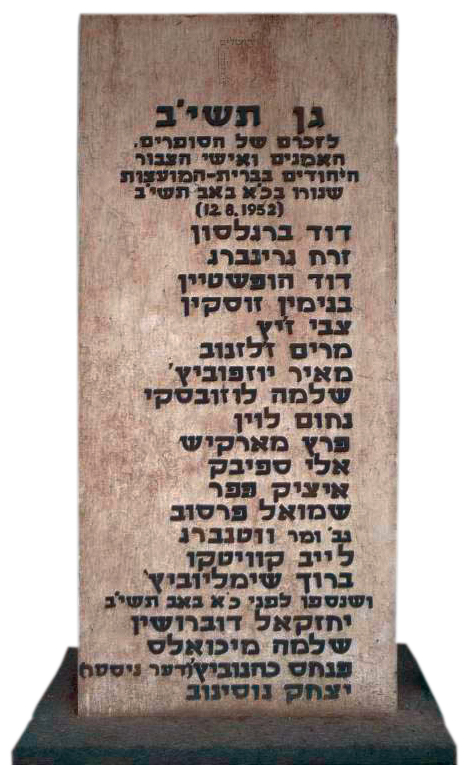 Memorial to the thirteen martyrs, Jerusalem