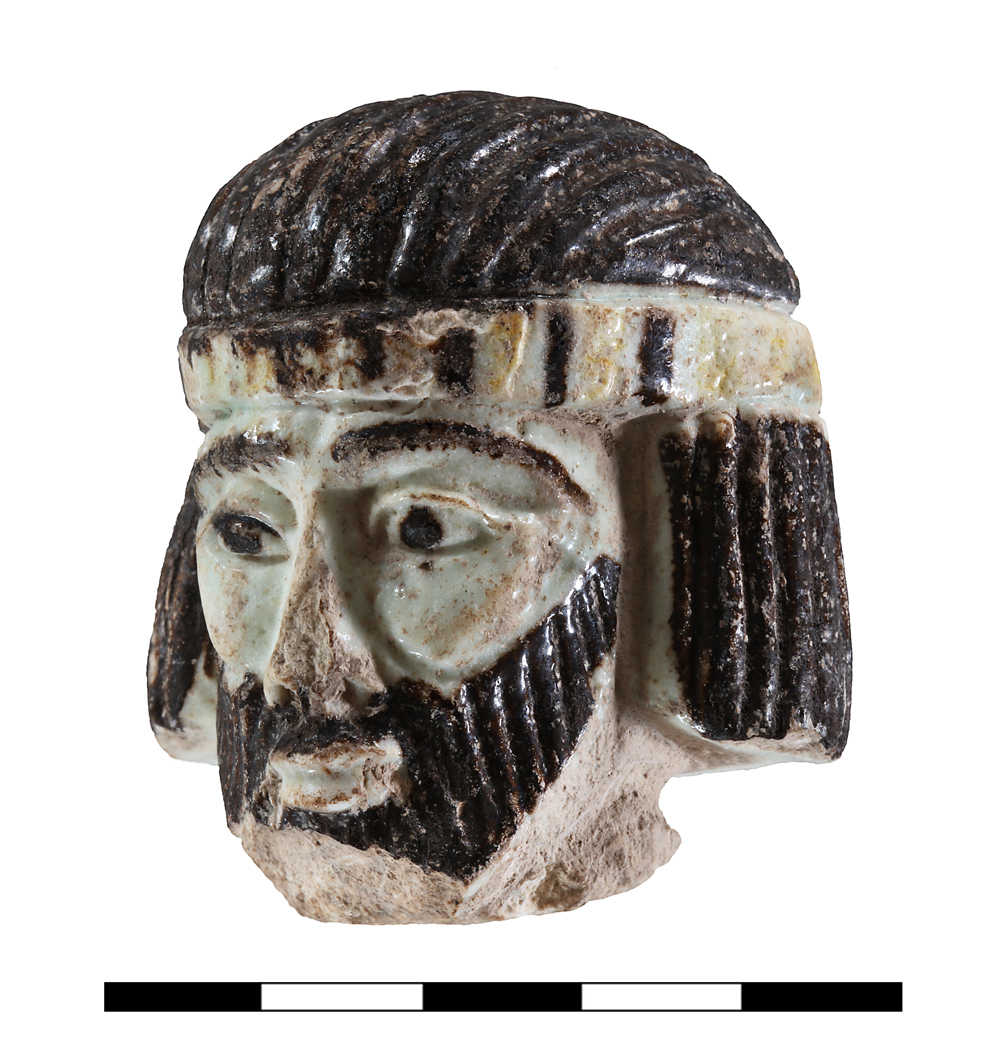 Could the head of a three thousand year old figurine from Tel Abel Beth Maacah represent one of the ancient kings of Israel?

Could this be the head of one of the ancient kings of Israel? The head of a three thousand year old figurine (9th century BCE), discovered last summer within a monumental building in Tel Abel Beth Maacah, just south of Metulla, is currently on display in the Israel Museum, Jerusalem. The small border town gets a mention in the book of Samuel (ch. 20) as the place where Sheva son of Bikhri, who rebelled against King David, sought shelter. A “wise woman” saved the town from destruction at the hands of Joab, the royal general, by having her people throw the rebel’s head over the wall to King David’s besieging soldiers.

With its coronet, elegant hairdo regal beard, the figurine fragment also seems to represent a member of the nobility. Exquisitely crafted in Egyptian faience, a glass-like material made of powdered quartz, the head is extremely unusual for its period. Though the head is only six centimeters high, the details of the face are precise and expressive, with a somewhat pensive air. The question is, who could it be?

Researchers from the excavation, a joint project of the Hebrew University and Azusa Pacific University near Los Angeles, point out that although chemical analysis can date the head to within a century, the area changed hands frequently in this period, between the kingdoms of Aram-Damascus, Israel and the Phoenician or Tyrean kingdom. The 9th century BCE was roughly the time of Ahab and Jezebel, whose union allied the Israelite and Phoenician cultures, much to disapproval of the biblical text. So could this be Ahab or Jehu, kings of Israel? Or Hazael king of Aram? Or even Itbaal, king of Sidon? Perhaps renewed excavations this summer will unearth the remainder of the figure, or otherwise suggest an answer. Meanwhile, the most that can be said is that he looks Semitic.