Shmuel Zanwil Kahane and the Legend of the Holy Ashes

Drawing on the wellsprings of classic Jewish exegetical literature, Shmuel Zanwil Kahane penned myths of Israel’s renewal, inserting himself into these yarns as “the Curator.” Some of his tales also rebutted his critics. The Legend of the Holy Ashes is one such story.

Shmuel Zanwil Kahane, director of Israel’s Ministry of Religious Affairs from 1949 to 1979, possessed a keen sense of history. Enormous changes had overtaken the Jewish people, demanding a narrative beyond the dry and factual. Drawing on the wellsprings of classic Jewish exegetical literature, Kahane penned myths of Israel’s renewal, inserting himself into these yarns as “the Curator.” Some of his tales also rebutted his critics. The Legend of the Holy Ashes is one such story.

Set on Mt. Zion, where Kahane established the Chamber of the Holocaust, this story was designed to explain why Kahane positioned this museum – the first of its kind at its dedication in 1949 – next to the traditional (though disputed) site of King David’s Tomb.

In the summer of 1949, a shipment of ashes gathered from Austrian concentration camps arrived in Israel. Intense public debate arose regarding where to place them and how. Kahane eventually took responsibility, bringing the sealed caskets of ashes to Mt. Zion and depositing them in the Chamber of the Holocaust.

In the following text, he created a legend to explain his actions.

Way back when, while Mount Zion was still being prepared as a spiritual center for the nation, small-minded mockers frequently attacked the Curator for one thing or another. They were constantly looking for defects, raising problems wherever possible.

When the Curator brought ashes of the [Holocaust] martyrs [from the Oranienburg concentration camp] to the mount, interring them in an anonymous tomb, the sarcasm of these scoffers grew especially barbed, even humorous. “Dubious ashes in a place of dubious holiness … like a peg leg riding on a hunchback.”… As ever, the smile never left the skeptics’ lips. Yet a few intellectuals genuinely wanted to know: Isn’t King David’s Tomb enough of a monument for Mount Zion? Why mix messages?

In answer, the Curator explained the connection between David’s Tomb – symbolizing the revival of Jewish sovereignty in the State of Israel – and the nearby Chamber of the Holocaust, representing the destruction of the Diaspora.

The redemption of Israel and the elimination of the Diaspora are inextricably linked – as we’ve actually seen in this generation, and as became apparent in reverse when the land was destroyed [in the Roman era, and the Jews went into exile]. One depends upon the other; when one falls, the other rises anew. “[Judah] cowers, crouching like a lion; like a lion’s whelp, who will raise him up?” (Genesis 49:9). ]The Jews] cower in one place, only to rise up in another. And in our generation, when we recall the miracle of Israel’s revival on memorial days and festivals, in the synagogue at David’s Tomb and at the observation point [facing] the Temple Mount, we should also recall the agony of the Holocaust, just as we juxtapose the matza [of freedom] and the bitter herb [of slavery, eating them together] at the Pesach Seder.

And in quite the opposite way, when people emerge from the Chamber of the Holocaust despondent and sorrowful, it’s appropriate to encourage them and raise their spirits by turning their attention to David’s Tomb, just as “Abraham rose up from before his dead” (ibid. 23:3). 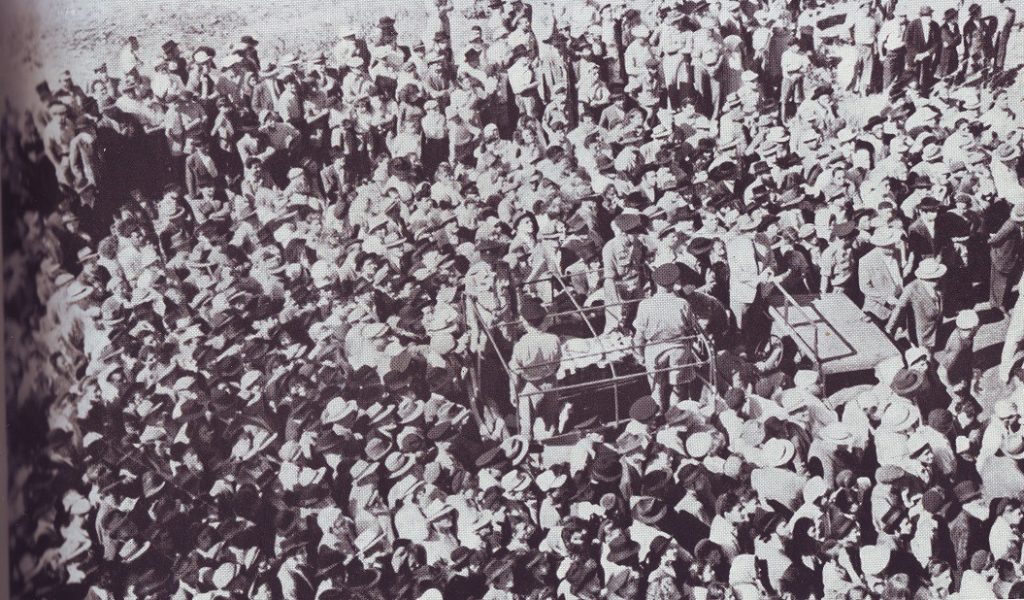 Crowds accompanying the ashes from Austrian concentration camps as Kahane brought them to Mt. Zion, June 26, 1949

In addition, the Curator offered other explanations connecting the mysterious character of Mount Zion and the kabbalistic secrets of Israel, which he conveyed to the elders of the mountain on that long night of 10 Tevet, when all sat together and recounted how God’s name was sanctified in the Holocaust, recalling the martyrs and their great deeds. That night, the Curator recounted how the ashes were brought to Mount Zion, according to the legends of the mount as recorded in the Book of Secrets.

As you know, began the Curator, small things that go unnoticed in this world may actually echo great and invaluable deeds occurring in Heaven. So it was when the martyrs’ ashes were brought to the land of Israel from the death camps.

Lively public debate preceded the ashes’ arrival at Mount Zion, followed by protests and objections to the delay in taking care of them … until the matter was entrusted to the Curator and duly resolved. 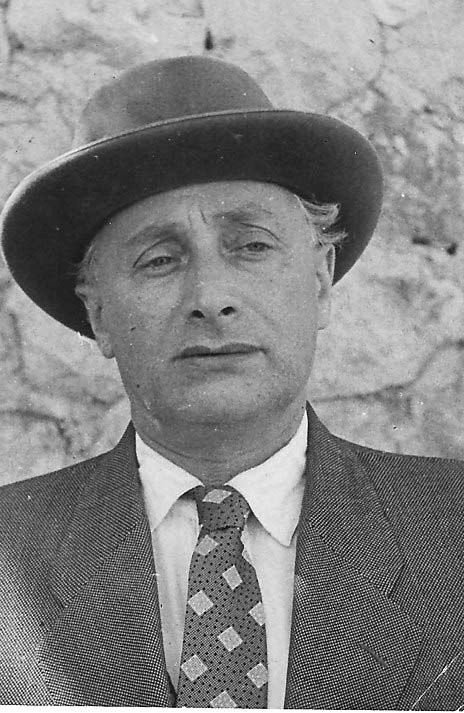 This commotion in the lower world merely echoed a much greater uproar on high. So long as the concentration camps existed, and Jews were martyred there in Heaven’s name, the heaps of ashes rested there in peace. The ashes of the holy ones were at one with those yet destined for the crematoria and felt neither disgraced nor neglected. But when the camps were destroyed, and the Jews began making their way to the land of Israel, the mounds of ashes were left abandoned, sunken in sorrow.

Who and what was left for them in these accursed camps? Why should [the ashes] remain alone on this desecrated soil? Then all the heaps of ashes from the various camps joined together and rose up to the heavens with a mighty cry: “Master of the Universe! How could You leave us, the ashes of Your martyrs, forsaken here in camps that Your children have already left behind? How could that be? Is that what we deserve?”

Heaven agreed. In that moment, the Holy One, Blessed Be He, remembered His promise to our teacher Moses.

“What promise?” asked those sitting around [the Curator] excitedly.

“According to our tradition,” replied the Curator, “God promised Moses that none other than He Himself would gather the ashes of Israel’s martyrs and bring them to Jerusalem. And indeed, that promise has been fulfilled.”

Momentarily, a sacred silence reigned. Then the Curator went to the Holy Ark, took out a book of legends brought from the Diaspora, and began to read:

“So did He promise or not?” the Curator asked those around him, who gazed at him wide-eyed.

“Wonder of wonders!” his listeners exclaimed.

With the Temple Mount in Jordanian hands, Kahane molded Mount Zion into its replacement. Postcards from Mount Zion featuring the curator’s blessing and signature