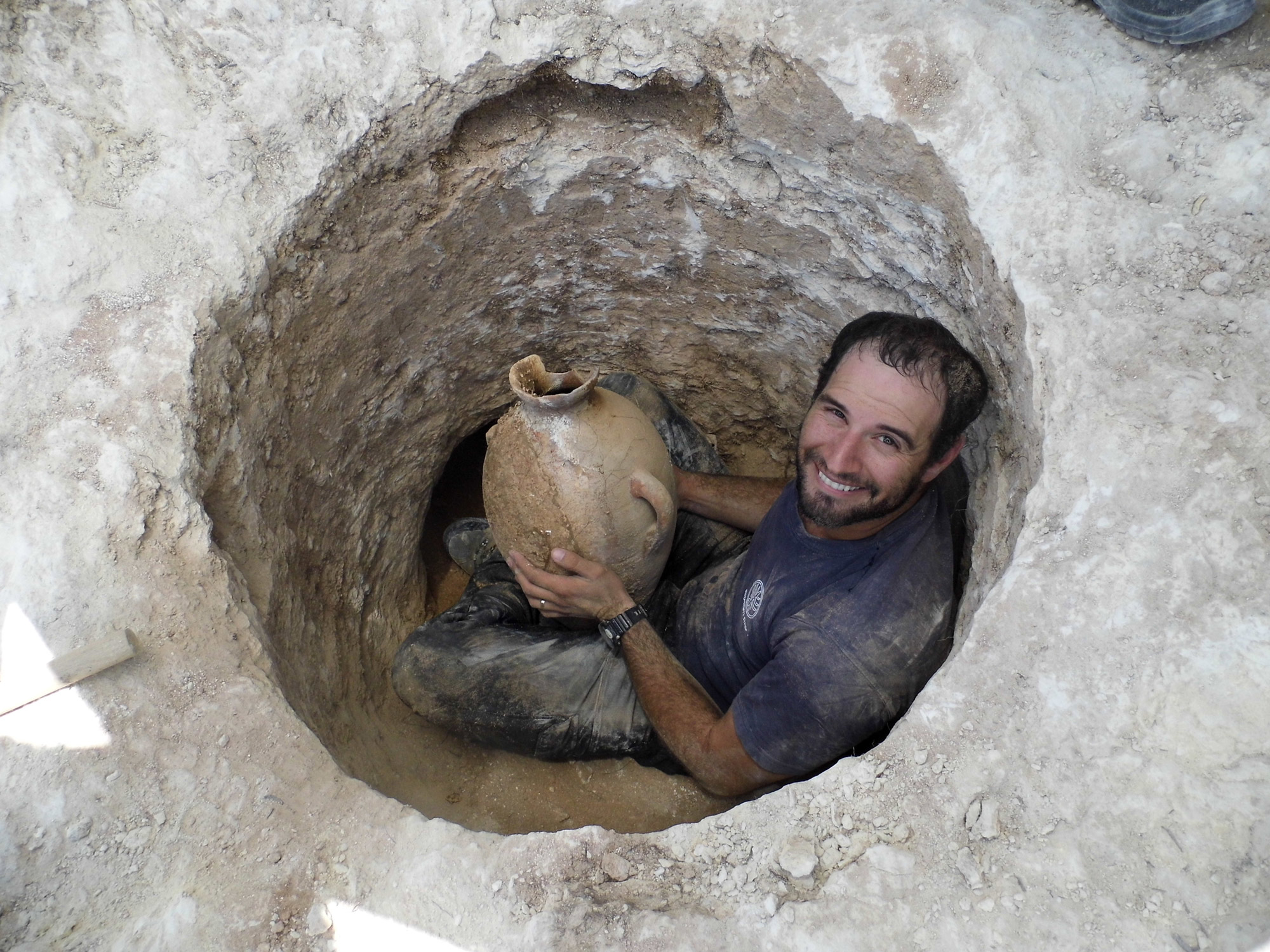 Who’d want to be buried with toads? Analysis of artifacts from an undisturbed ancient tomb show that its contents included vessels full of the remains of what appear to be ritually slaughtered toads. The site in Jerusalem’s Malha neighborhood, near the Biblical Zoo, dates back to the Canaanite period of the Middle Bronze Age and was excavated by the Israel Antiquities Authority in 2014.

Among the remarkably preserved wholly intact bowls and jars was one containing a heap of small bones from the bodies of at least nine toads, minus their heads. According to Dr. Dafna Langgut of Tel Aviv University, this was a funerary offering. Peculiar as this may seem from a modern perspective of animal rights, in ancient times animal sacrifices were a regular occurrence, both to celebrate life and commemorate death. As excavation directors Shua Kisilevitz and Zohar Turgeman-Yaffe pointed out, “it was customary to bury the dead with offerings that constituted a kind of ‘burial kit’, which, it was believed, would serve the deceased in the after-world.” 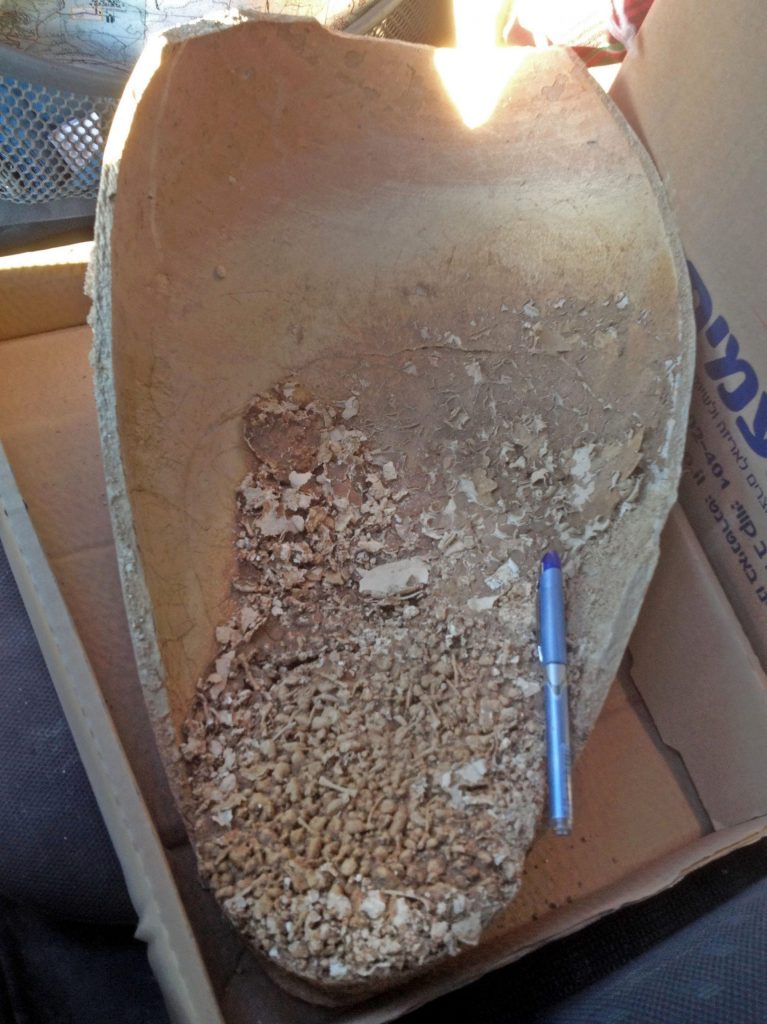 The remains of at least nine decapitated toads.

Further inspection, Dr. Langutt added, revealed that the vessels’ exteriors bore traces of date palms and myrtle bushes, plants not native to the Jerusalem area. In antiquity, the date palm symbolized fertility and rejuvenation, and scholars involved in the excavation suggest that funerary rites may have been held in a specially planted orchard of myrtle and palms, in which offerings of food and objects were made to the deceased.

Ancient funeral rites across the world often involved placing a plethora of ‘grave goods’, such as jewelry, weapons and vessels, to ease the passage of the deceased and provide for them in the afterworld. Early burials in northern Egypt, in the villages of Omari and Maadi, included a single pot, believed to hold food for the deceased. In Old Kingdom Egyptian tombs (circa 3000 BC), the walls were etched with representations of grave goods in the form of everyday items, while the richly decorated walls of noblemen’s tombs in 4th-century Macedonia were a sign of their occupant’s high status. Roman funerary rites until the time of Cicero included an offering of a sow to Ceres, a portion of which was allotted to the deceased. The body was then cremated together with the remains of the animal.  Well appointed tombs were often looted however, and as Kisilevitz and Turgeman-Yaffe conclude, “for an archaeologist, finding tombs that were intentionally sealed in antiquity is a priceless treasure, because they are a time capsule that allows us to encounter objects almost as they were originally left.” 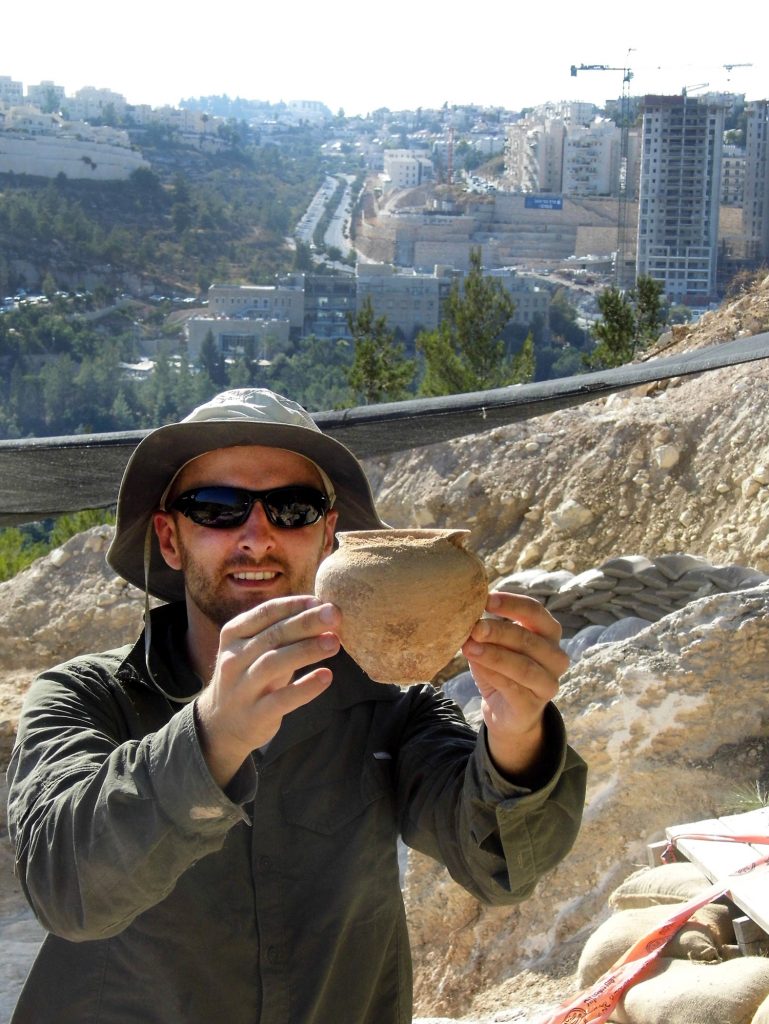 Alex Wigman presents a bowl removed from the ancient tomb