All in the Family
Who's Who
Hasmonean Queen
By: Sara Jo Ben Zvi

A quick glance at the Hasmonean kingdom and dynasty, 167BCE to 28BCE 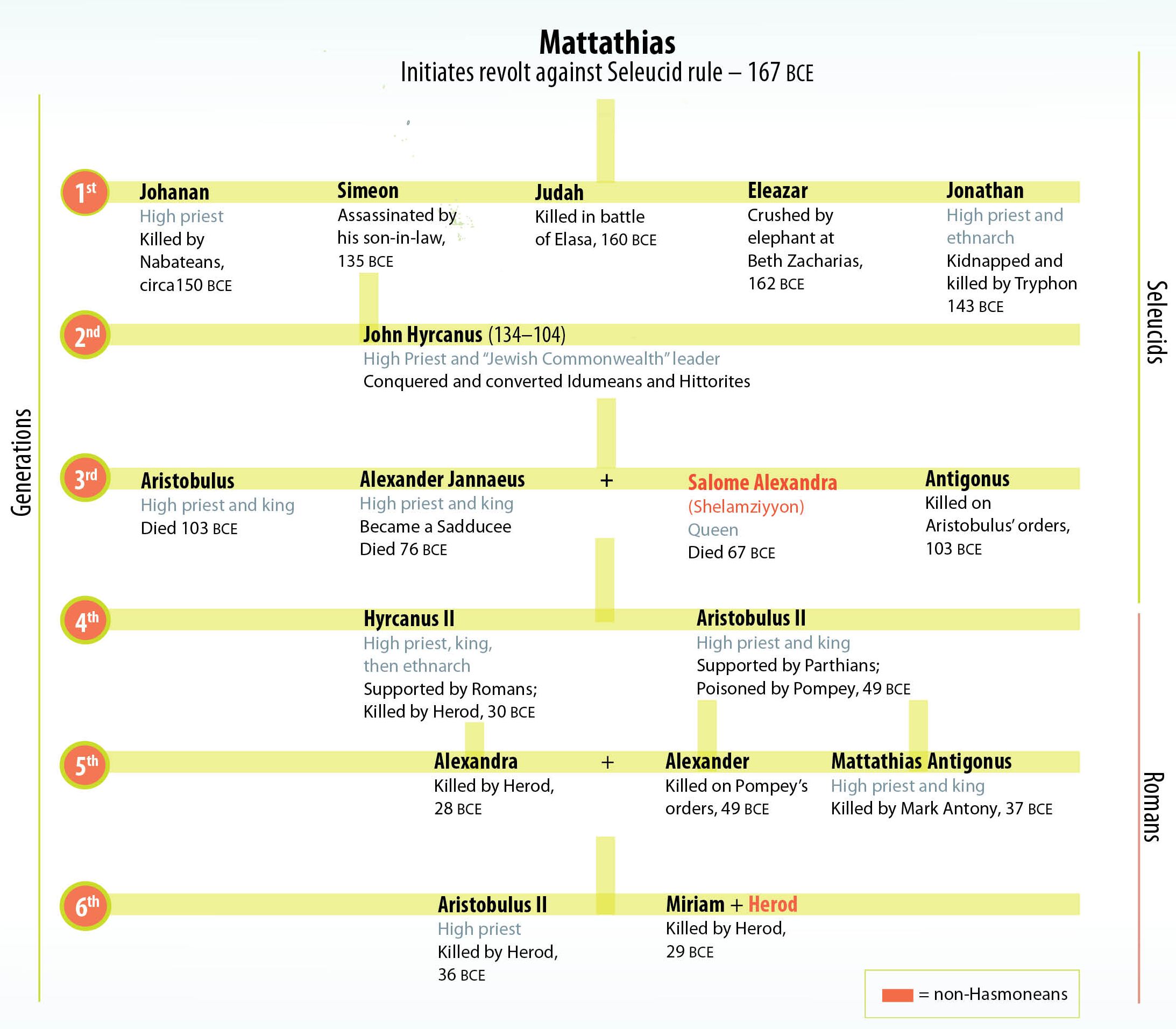 All in the Family

Priestly families preferred to marry within their own privileged class, but the Hasmoneans took this practice to something of an extreme. Despite the rivalry between brothers Hyrcanus and Aristobulus – or perhaps in an attempt to end it – their children married. The union was particularly confusing because Hyrcanus’ daughter, Alexandra, married her cousin Alexander, son of Aristobulus.

The couple had one daughter, Miriam (or Mariamne), and one son, Aristobulus II. Both fell into Herod’s hands after he defeated his last Hasmonean opponent, Mattathias Antigonus. Herod married Miriam, giving his kingship in Judea a fig leaf of legitimacy, and drowned her brother in one of Jericho’s famous Hasmonean swimming pools.

Priest, King, or Something in Between?

As a priestly family having won leadership of Judea in a struggle focused on the Temple in Jerusalem, the Hasmoneans naturally sought the title of high priest. The first to receive it was Jonathan, brother and successor to Judah Maccabee. The rank of meridarch, or autonomous governor, was also later granted him by Seleucid ruler Alexander Ballas. So Judea hadn’t won independence, only the right to govern its own civil and religious affairs, including its army and taxation.

Subsequent generations of Hasmonean rulers publicly adopted the royal title given by their Greek overlords. But even when they inscribed “king” on their coins, they generally did so in Greek, not Hebrew, avoiding the religiously explosive combination of monarch (traditionally reserved for descendants of the house of David, not Aaron) and high priest. From John Hyrcanus onward, the Hasmoneans added the Hebrew heber ha-yehudim – the Jewish people – to their coinage, implying that they ruled by popular will, not by tyranny.

Judea knew many Jewish kings but only one queen. Shelamziyyon (Salome Alexandra) was the wife of Alexander Jannaeus, and late rabbinic sources identify her as the sister of Pharisee leader Simon son of Shatah, head of the Sanhedrin. Josephus confusingly calls her Alexandra, creating the impression that she was also married to the previous king, Judah Aristobulus, but modern scholarship hasn’t corroborated that.

When Alexander Jannaeus passed away, naming Shelamziyyon as regent, he was in fact following in his father’s footsteps. John Hyrcanus had left instructions for his wife to succeed him, but Aristobulus overruled his father’s final wishes and – according to Josephus – imprisoned the dowager queen and starved her to death.

Though Josephus depicts her as weak, Shelamziyyon was clearly a powerful figure. She reinstated the Pharisees as the dominant faction in the Temple after her husband’s death, earning her praise from the Talmudic sages as well as a mention – albeit a highly unflattering one – in one of the Dead Sea Scrolls. Judea and its neighbors circa 76 BCE 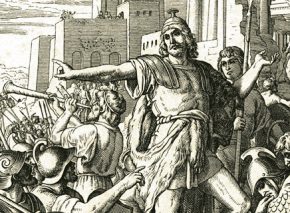 Fighting for Heart and Soul