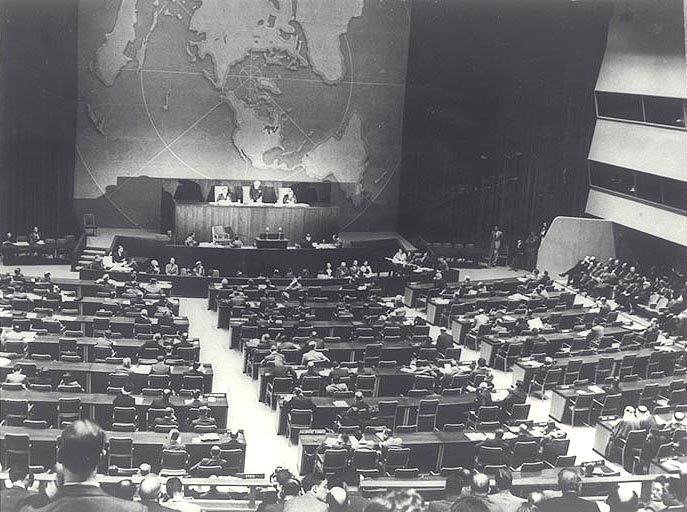 2017 marks seventy years since the United Nations voted in favor of partitioning British Mandate Palestine into two states – one Jewish, the other Arab. On 29 November, 1947 (16 Kislev), Jews around the world listened with bated breath to the live radio broadcast as one by one, representatives of the nations of the world read out their votes.

The country had been torn by escalating Arab violence ever since the Balfour Declaration just over thirty years earlier, causing Britain to severely limit Jewish immigration, even as Europe became a burning cauldron devouring its Jewish population in the Holocaust. Once the scale of the destruction of European Jewry became clear, and its survivors began seeking a new homeland, the scales of international opinion began to tip towards establishing a Jewish state.

Nevertheless it was by no means a given that the United Nations General Assembly would approve motion 181 to partition Palestine. Out of fifty-six member nations, ten Arab countries were expected to vote against, with all those sharing a border with Mandate Palestine pledged to attack a Jewish state as soon it came into existence. To be carried, the vote required a two thirds majority in favor, not counting abstentions. Communist Cuba, and India with its large Muslim population, both voted against.

Tension mounted as the votes were called out, the biggest surprise being the Soviet Union’s decision to vote in favor. When by the end of the voting, thirty three countries were found to have voted for a Jewish state, with thirteen against and ten abstentions. Spontaneous celebrations broke out as people poured out into the streets of the Jewish population centers, sharing drinks, dancing, lighting bonfires and rejoicing despite the fact that the new state would include none of the Jewish holy sites, and Jerusalem was to be an international city. But it was a beginning. Seventy years later, the date of November 29 still reverberates, commemorated in Israeli street names in major towns.