How did a classic Central European pastry become associated with the Jewish festival of Purim? And how did Haman’s ears end up in his pocketbook? | Shmil Holland

The triangular pastries that developed in Central Europe and spread eastward beyond the Carpathian Mountains have in recent generations become a central Purim motif. Known in Hebrew as oznei haman, or Haman’s ears, they are more popularly called hamantaschen, literally “Haman’s pockets,” in Yiddish. Which begs two questions: how did these pastries become associated with Purim, and how did Haman’s triangular pockets morph into his ears?

Today’s traditional Purim treat began as a pocket of dough filled with poppy seeds – a classic Central European pastry that Jews brought with them from Germany to Poland. In German it was referred to, straightforwardly, as mohn tasch – mohn meaning poppy seed, and tasch being a pocket or purse. In Yiddish, it acquired the prefix aleph, thus forming a-mohn tasch, with the first word reminiscent of the name Haman. Thus, the wicked Haman acquired his own pastry. Once the name stuck, it took on further connotations. For example, the word tasch recalls the Hebrew verb lehatish, to weaken, so Haman tasch could be interpreted as “Haman’s strength was sapped.”

The original poppy seed filling became the classic one, but other fillings developed, each with its own story. In Czechoslovakia, particularly in Bohemia, the country’s western district, Purim pastries were filled with powidl – a plum conserve with an almost tarlike texture, cooked for hours or even days. The filling became popular in Central and Eastern Europe, and it too has its Purim connection.

In the 17th century, in a small town in Bohemia, a Jewish storekeeper named Brandeis sold some powidl to a local bookbinder. Some days later, the bookbinder died; Brandeis was accused of selling poisoned powidl, and sentenced to death. Here was a new form of blood libel – a powidl libel. The case was referred to police in Prague, the capital city. Following a thorough investigation, the police concluded that the bookbinder had died of tuberculosis. When the good news arrived from Prague, the Jews celebrated the miracle with feasting and rejoicing. The date was established for posterity as a “minor Purim,” complete with a public reading of the story and festive meals. The tasty pastries filled with plum conserve, eaten to recall the miracle of the Powidl Purim, soon found their way into the classic Purim hamantaschen too. 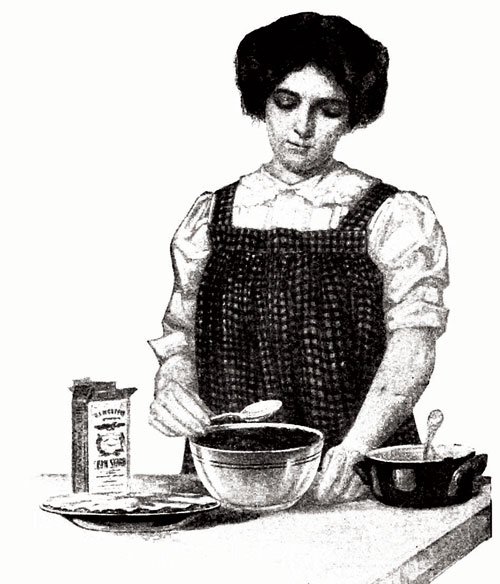 In other countries, the evolution of the treat depended more on what was available locally than on the weight of historical practice. In Eastern Poland, the pastries were filled with chopped, dried pears and cinnamon; in Bukovina and Transylvania, they were filled with a purée of nuts and honey. Some communities even replaced the short pastry with a yeast dough. The most daring bakers opted for a savory filling. In Poland, for example, the most common savory filling was made of buckwheat (kasha), onion, and mushrooms. In Israel today, one of the more unusual offerings is quinoa-based, while vanilla cream and chocolate fillings are becoming ubiquitous.

But how did “purses” or “pockets” become ears? A midrash expanding on the Purim story describes Haman’s downfall as follows: “Haman entered the royal treasury dressed in mourning, with his head covered and his ears drooping to his epaulets.” Perhaps Haman’s midrashic physiognomy became the basis for the Israeli version of hamantaschen – oznei haman.

But in Western Europe, Jews have been eating Haman’s ears for centuries. Although these pastries (like most people’s ears) have no filling, the flakey dough puffs up when fried, and its crispy texture is hard to resist. Originating in Italy, these pastries are called orecchi di Aman – Haman’s ears – and the finished product indeed looks very much like a pair of ears joined together. 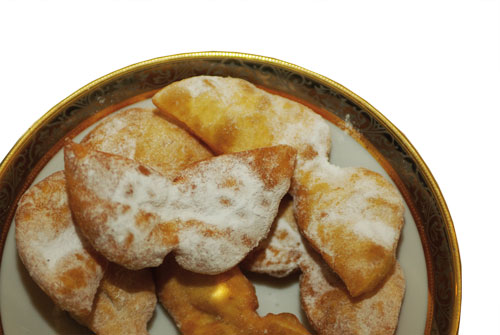