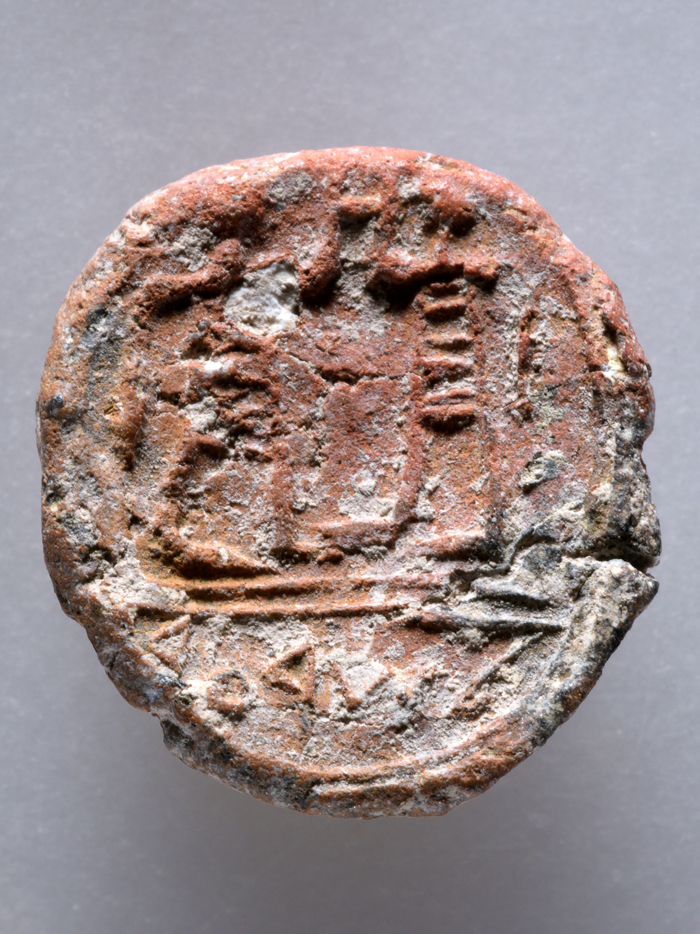 A piece of clay stamped by a first Temple governor of Jerusalem has come to light, tucked away between the stones of an ancient building at the back of the Western Wall Plaza. The stamp shows two human figures, and is inscribed “[Belonging] to the Governor of the City.” The position of city governor of Jerusalem is mentioned in the biblical books of Kings and Chronicles; now the present day mayor of Jerusalem can point to an archaeological artifact showing that he had an equivalent in the sixth-seventh century BCE. 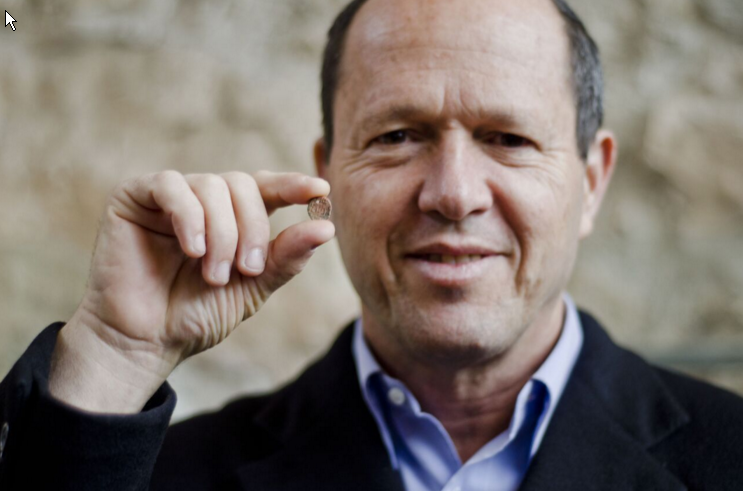 Stamps were used in antiquity to leave an imprint on clay sealing a scroll or vessel, indicating that they’d been sent for delivery. This piece of stamped clay, however, was pre-fired, and bears no traces of fibers, indicating that it had some other use. Dr. Shlomit Weksler-Bdolah, the Israel Antiquities archaeologist directing the excavation, suggests that it may have been a keep-sake distributed by this high-ranking official, or possibly an example of his seal given out to clerks to help them authenticate deliveries.

The discovery confirms that the residences revealed lying beneath the wide flagstones of the Roman road ten years ago, and dated to the First Temple period, belonged to important members of the local hierarchy. They were filled with rubble and covered over either during the sixth century BCE destruction of Jerusalem or somewhat later. The seal was found during reconstruction work in which the dust between the stone blocks was removed, to be replaced with concrete. Wet sifting of the dirt extracted revealed this tiny clay greeting (13 by 15 mm) from ancient Jerusalem, two thousand seven hundred years ago.