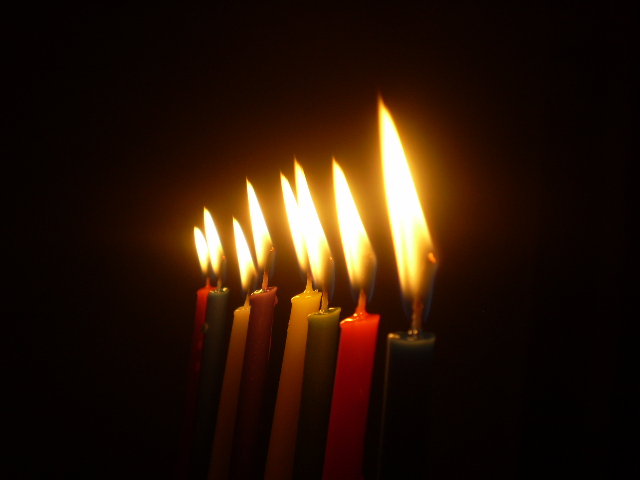 Khirbet Artaba, as the hill is generally known, is situated on a steep hill between the Jantha and al-Khu’aja streams, south of Deir Abu Mash’al. The remains of buildings, including fortifications, were found there by chance about three years ago. Cisterns and ritual baths suggested the inhabitants were Jewish. 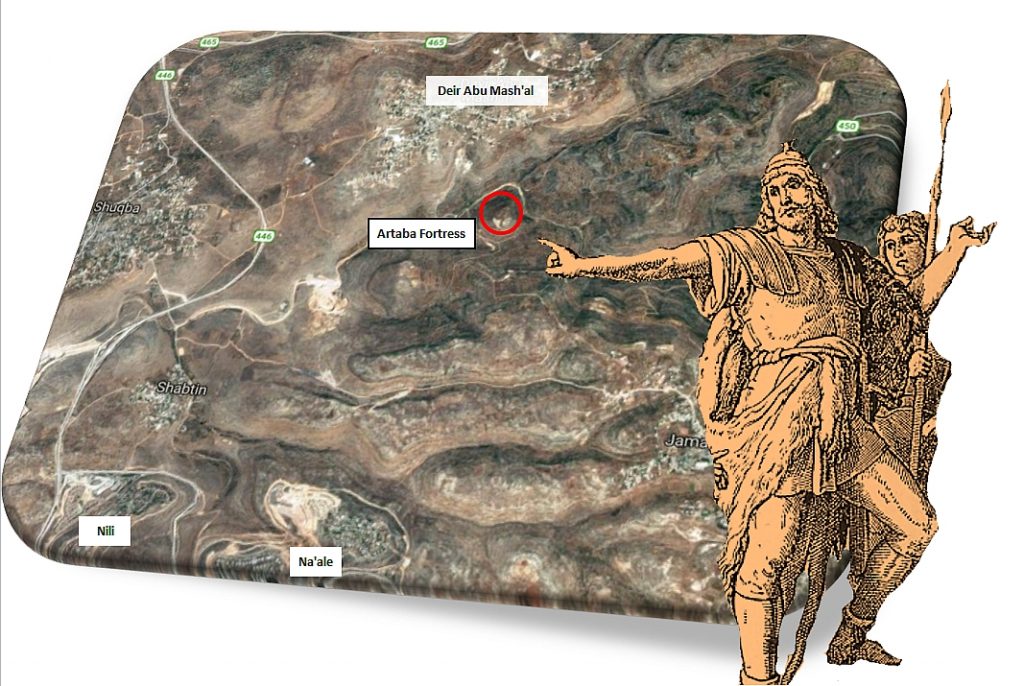 Prof. Israel Finkelstein surveyed the site at the beginning of the 1990s. Most of the remains they found were at the base of the hill and dated from the Roman and Byzantine periods. A few months ago, earthworks and roadworks in the area resulted in further discoveries, but from some centuries earlier, in Hasmonean times. A large Hasmonean fortress apparently rose from the hilltop, allowing Hasmonean forces to dominate the surrounding area.

Large underground reservoirs and large numbers of pottery shards from the Hasmonean and Herodian periods were also found at the site.

Now known as Khirbet Artaba or Natuf Castle, after the wide stream-bed that runs not far away, the site’s original name is unknown. Though it overlooks no major thoroughfare, it’s midway between Modi’in, the Hasmonean family’s home village, and the site of their family tomb, and the Gofna hills, where the rebels took shelter and which they used as a base.

Ancient vineyards and olive groves in the surrounding area also explain the need for fortifications.

Hasmonean fortresses (and later Herodian ones that replaced them) whose names are not known from contemporary sources of the period are a growing phenomenon in Judea. Examples are Khirbet Tura in the Jerusalem Hills, Tel Kefirah in the area once settled by the tribe of Benjamin north of Jerusalem and Khirbet Jumjum in the Etzion Bloc.