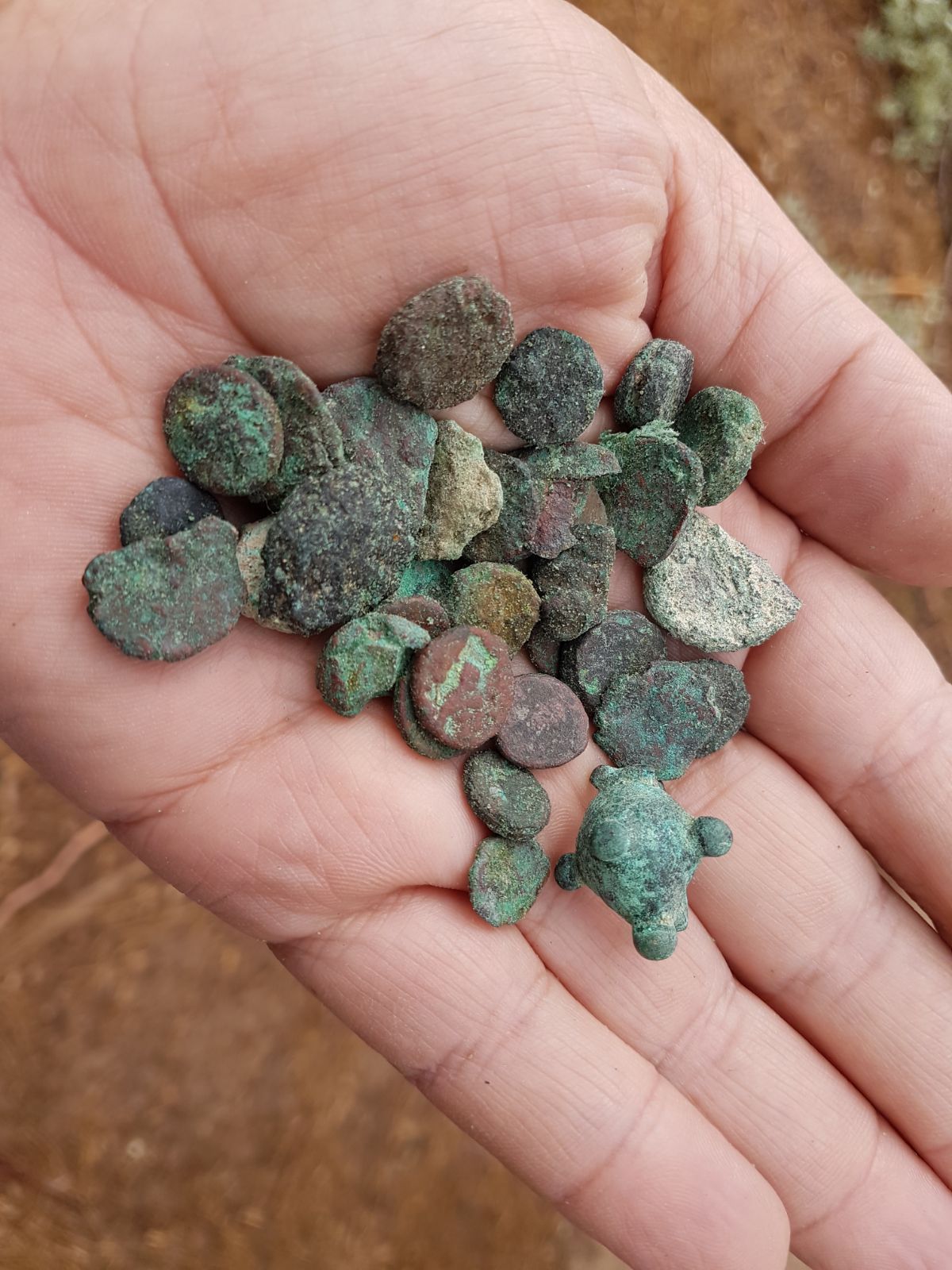 A resident of Bir Hadaj was arrested with a metal detector on January 28 in Halutza, where he was looking illicitly for ancient coins. He was searched by the Israel Antiquities Authority’s theft prevention unit, together with the Ramat Negev police force, revealing over a hundred and fifty coins, all stolen from archaeological sites.

As Guy Fitoussi of the theft prevention unit pointed out, “It’s illegal to walk around ancient sites with a metal detector, or even have one in the car in such a location.” As soon as coins or other metal objects are removed from their historical context (which is itself irreparably disturbed as a result) it’s impossible to use them to date the site and any other artifacts found there, destroying their greatest value to archaeologists. Their intrinsic value on the antiquities market, by contrast, would generally amount to less than a hundred dollars. Small wonder that such crimes infuriate staff at the IAA.

Halutza was one of the great Nabatean cities of the Negev from the fourth to the seventh century, although it was founded much earlier, in the third century BCE, as a way station on the fabled Spice Route leading from the Arabian peninsular to the Mediterranean. Its ruins include churches, as the Nabateans converted to Christianity under Byzantine influence in the fourth century. Halutza, like the other Nabatean sites of Avdat, Mamshit and Shivta, has been declared a UNESCO world heritage site.