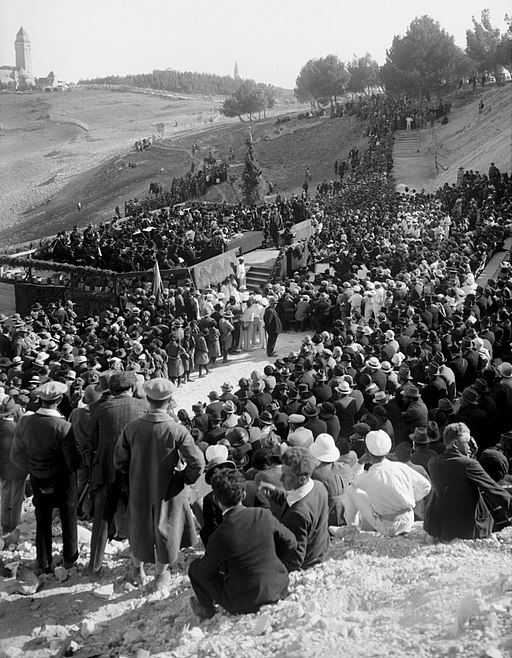 The opening ceremony of the Hebrew University was held on Mount Scopus. An illustrious list of speakers graced the occasion, including Lord Balfour, Chaim Weizmann on behalf of the Zionist Organization, Rabbi Avraham Yitzhak Hacohen Kook, Chief Rabbi of Mandate Palestine, High Commissioner Sir Herbert Samuel and national poet Haim Nahman Bialik. The first Zionist Congress of 1897 had already discussed plans for the university, although its establishment was delayed until the end of Ottoman rule and the foundation stone was only laid in 1918. The Arab population decreed a general strike in response to the opening of the “Jewish” university and hung black flags from roofs in the area.