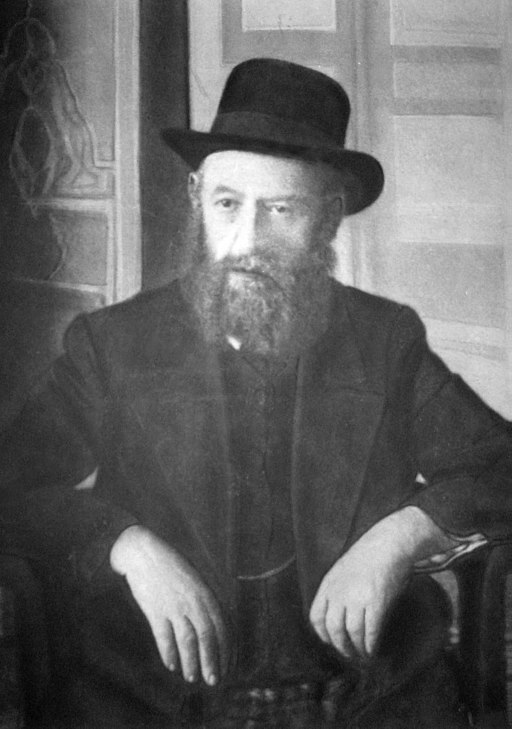 Rabbi Sholom Dov Ber was born in Lubavitch, by the Belorussian border. Married at fifteen to his cousin, Rebbetzin Shterna Sara Schneersohn, he became the leader of Habad Hasidism after his father’s death even though he had an elder brother. Rashab was a unifying force within the Lubavitch movement, appealing to both the learned and simpler Jews, and founding three Talmudic academies (yeshivas), including one in Ottoman Palestine. He was however a firm opponent of the Zionist movement, and also of politicization of Habad, which he kept out of the Agudat Yisrael organization uniting ultra-orthodox rabbis against Zionism.

Suffering from paralysis in his left hand, he traveled to Vienna for therapy with Sigmund Freud, who treated him with electric current therapy and studied his Hasidic writings with him. Neither seem to have been successful – the rebbe’s hand did not regain its feeling, and Freud remained a staunch unbeliever. Returning to Russia, Rashab fought against the influence and inroads of secular studies in the form of Haskalah among his followers. He managed to ensure access to kosher food for Jewish soldiers in the Russian army in the Russo-Japanese War (1904-5), and testified in defense of Menachem Mendel Beilis when the Jewish manager of a brick factory was falsely accused of the ritual murder of 13-year-old Andrei Yushchinsky in 1911. During World War One Rabbi Sholom Dov Ber considered leaving Russia for Palestine, for which purpose this photograph for a Turkish passport was taken – otherwise he refused to be photographed throughout his life. In the end however, he remained in Russia, guiding his flock through the upheaval of the Russian Revolution.