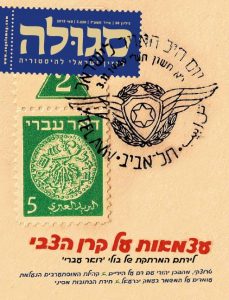 Year of the Locust // Ari Greenspan and Ari Z. Zivotofsky

The recent swarm of locusts that invaded southern Israel was nothing compared to the great plague of 1915. Amid drought and world war, the locusts brought famine and death

Jews Down the Well // Lior Alperovich

The Norwich blood libel was history’s first to target Jews. Could the ancient skeletons recently found in the town belong to the victims?

Royal, rich, and well-connected, thrice married and twice widowed, lover of the emperor’s son, and a Jewess to boot, the great-granddaughter of Herod the Great set the Roman Empire’s teeth on edge. Meet Berenice – the Jewish princess

Seventy years after the Warsaw ghetto uprising, Moshe Arens’ book recalls the forgotten fighters who did not live to tell their story