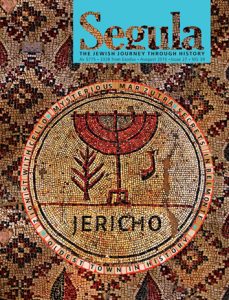 What place was there for music, let alone an orchestra, amid the Zionist practicalities of state-building? For internationally renowned cellist Thelma Yellin and the young musicians she nurtured in Jerusalem, the question struck a chord

The Crypto-Jews of Belmonte // Lior Alperovitz

Centuries after the Inquisition, the Jews of Belmonte still kept their Jewish practices hidden. As far as these crypto-Jews were concerned, their secret way of life was authentic Judaism, whereas the public ritual of other Jewish communities was a sham

By the Rivers of Babylon // Tehilla Bigman

The Diaspora was never again as centralized as it was from the sixth to eleventh centuries, when exilarchs of direct Davidic descent and heads of powerful Torah academies – backed by the mighty Abbasid caliphate – held the Jewish world in sway. What brought this golden age to an end?

A tale of miracles, monarchy, and misfortune, the legend of Mar Zutra brought the Talmudic period to a close. Was he a socialist rebel or a brave defender of family values? Or is the whole story simply a satire?

When were Jews last in Jericho? Our first destination off the beaten track, city of palms, springs, and palaces