To the Mountain of the Lord

How would Jerusalem’s already congested traffic cope with millions converging on the Temple Mount?
A conceptual outline

A ring road would form an extended ellipse around Jerusalem, defining the city’s area of influence. This would be the Mt. Moriah metropolitan zone – which in the future, should be capable of accommodating up to three million people. The road will encompass the area from the slopes of the Jerusalem hills in the west, to the Gush Etzion area in the south, the Judean Desert toward the Dead Sea on the east, and the hills of Beit El in the north.

Bridges and tunnels will be constructed along the route of the road, allowing traffic to converge towards the Temple Mount while flowing smoothly and rapidly. The ring road will also regulate traffic flowing into the capital, by electronically diverting vehicles toward the least busy entrance. 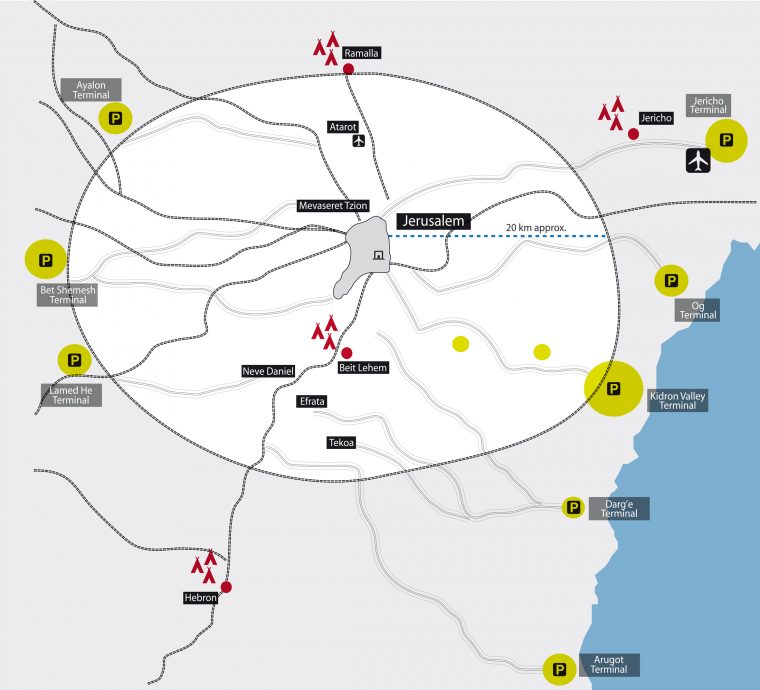 Proposed infrastructure for Jerusalem as a major pilgrim destination

All access to the Old City and the Temple Mount will be by public transport. Transit terminals will be constructed where the ring road crosses the access roads into the city. Extensive parking facilities for private cars will be made available at these points.

Public transport would include:

Walking paths for the athletic

Jerusalem Rebuilt – An Urban Planning Overview is the result of discussions held within a think-tank of leading scholars, architects and urban planners. David Brukner’s statements as quoted in this article reflect the approach to Jerusalem urban planning developed by the group, as well as his views as a private individual. Sketches with attatched comments included in this article are all produced by the think-tank. For further details: [email protected]