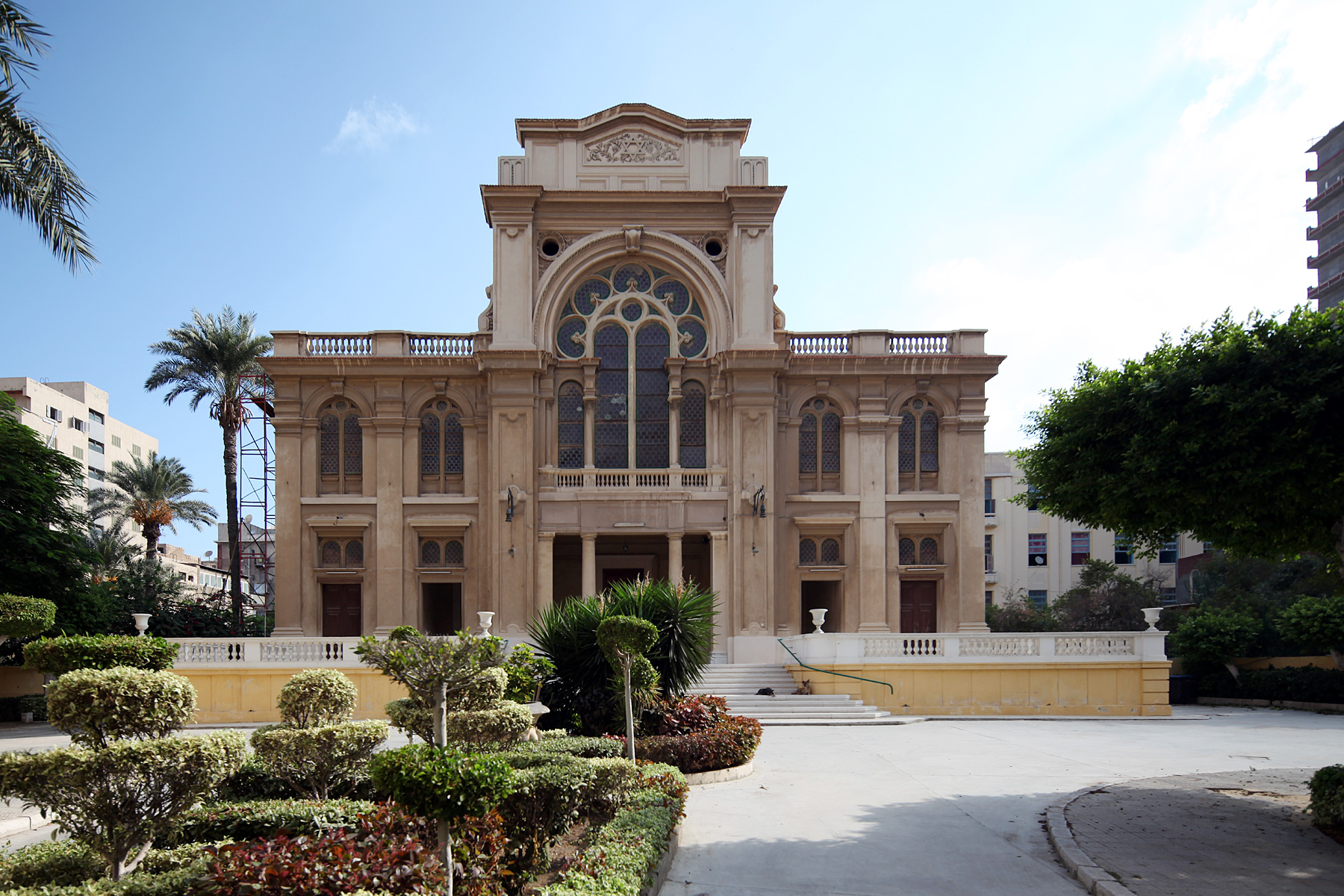 Egypt’s government has just spent millions of dollars restoring Alexandria’s main synagogue. The Eliyahu Hanavi (Elijah the Prophet) synagogue was re-dedicated on January 10 in an impressive state ceremony attended by Khaled al-Anani, Egypt’s minister of antiquities and other government officials, members of the local Jewish community and twenty-five foreign ambassadors. The majestic building (ironically it stands on Nabi Daniel Street) is Egypt’s oldest extant synagogue, as well as Alexandria’s largest with seating for 700. It was first dedicated in 1354, but was destroyed by Napoleon’s bombardment of Alexandria during his 1798 invasion of Egypt. The building was restored by an Italian architect in 1948, just as thousands of Egyptian Jews fled the country with the establishment of the State of Israel.

In recent years neglect has inflicted significant damage on the building; water leaks and corrosion led to the collapse of part of the roof in the women’s gallery. The restoration is part of immense Egyptian efforts to encourage foreign tourism which has yet to recover from the events of the Arab spring in 2011.

The Alexandrian Jewish community dates back to the Hellenistic period, when, in the 3rd century BCE, the requirements of its wealthy Greek-speaking members was probably the catalyst for the Septuagint, the Greek translation of the Bible. Towards the end of the second Temple period, Alexandria was as important and influential a community as any in Judea, and Philo of Alexandria was its most famous figure. He headed a delegation to Roman emperor Gaius Caligula, asking him to exempt the synagogue of Alexandria from a decree ordering that his statue be placed in all the empire’s shrines. The Alexandrian opposing Philo on this issue was named Apion, and Flavius Josephus later immortalized their debate in his book, Against Apion.

Today there are only about twenty Jews left of the 42,000 who lived in Alexandria seventy years ago. Most of them are women, meaning that there’s no longer a regular prayer quorum in the city’s main synagogue.

Yolanda Mizrahi, one of these few remaining members of the synagogue, commented at the dedication:

It’s thanks to President el-Sissi, it wouldn’t have happened without him. Many things have changed since he took over. My family lives in France, Israel and Italy, and they’ll definitely be happy to visit our synagogue now, with all the memories and heritage it holds for them.

The Israeli ambassador was pointedly not invited to participate in the dedication ceremony. The embassy promised that the ambassador will attend a ceremony held by the Jewish community in the Eliyahu Hanavi synagogue in the near future.