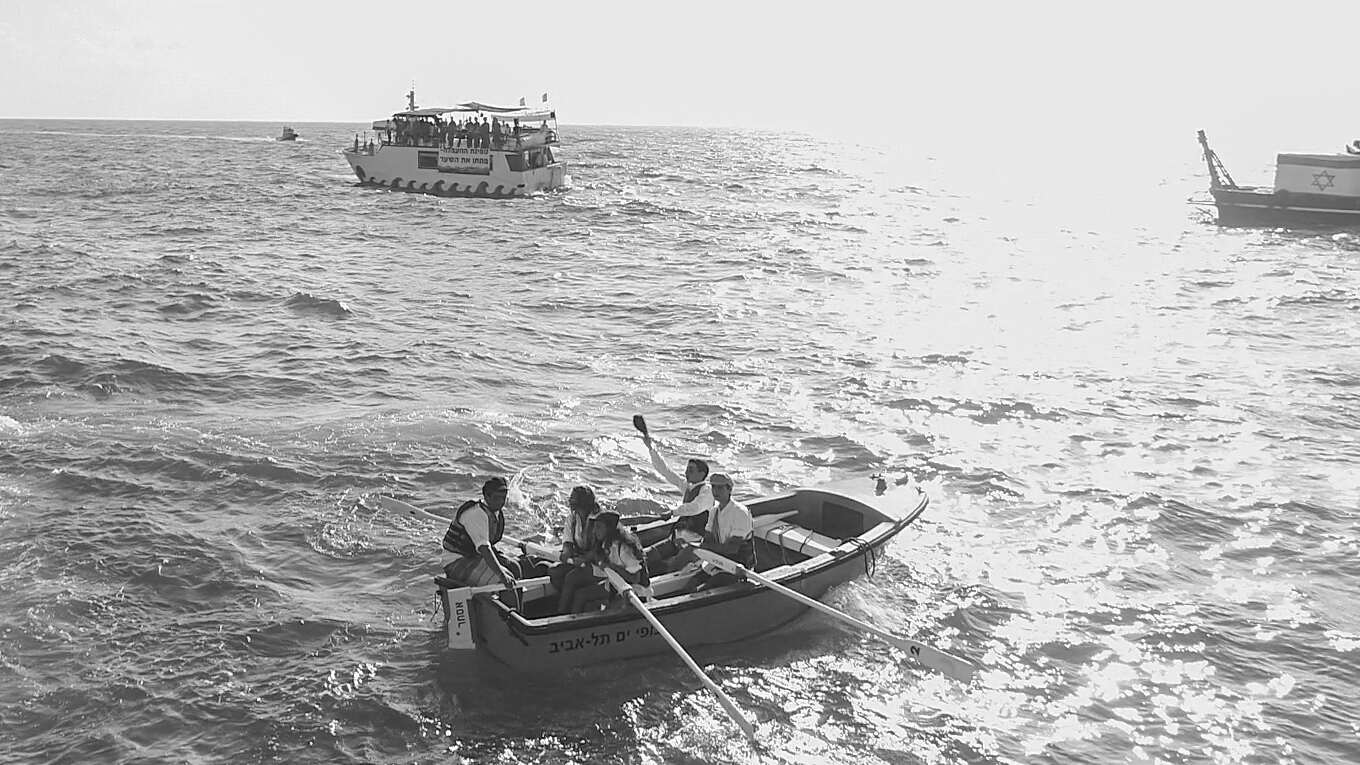 Tel Aviv’s Gordon Beach was recently the scene of a dramatic reenactment. No Crusaders or Saracens on horseback were involved this time, however. Turning something of a blind eye to Greek, Turkish, and European sensibilities, given that refugee landings are by no means a thing of the past, Tel Aviv’s municipality staged a summer spectacle involving two ships, actors, naval cadets, a flash mob, and more. The occasion was one of many events marking Israel’s seventieth year, in this case commemorating the immigrant ships loaded with Holocaust refugees that defied the British blockade of Mandate Palestine in the thirties and forties.

The ramshackle boats – renamed for such Zionist greats as Max Nordau, Theodor Herzl, and even Ben Hecht – generally offloaded their human cargo at night, to be met by Hagana operatives and then “disappear” within nearby Jewish villages. But some operations occurred on public beaches in broad daylight. Local Jews swam out to meet the ships and help the refugees ashore, where they swiftly melted into the crowds of bathers.

Gordon Beach lately witnessed just such a surge to the sea, as families enjoying the last of summer vacation plunged into the waves and accompanied the boats and actors home to safety.

Digital screens allowed participants and passersby to access the Atlit Detention Camp archives for details and photos of family members who arrived in Palestine aboard just such illegal immigrant ships.