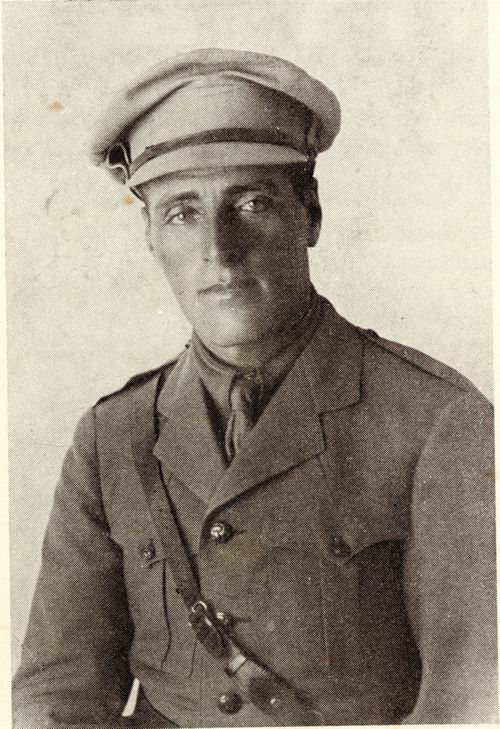 Alexandria, early 1915. Battles rage in Mesopotamia, where the British are struggling to advance against the Ottoman Empire, which joined forces with the Germans three months into the war. Able-bodied Jewish men wander aimlessly around the British army camp outside the city. Most are Russian citizens deported from Ottoman Palestine, which they defiantly call Eretz Yisrael. As subjects of an enemy power, they were given a choice between Ottoman citizenship and exile. Like their fellow refugees here, mostly Sephardic Jews from Palestine, they preferred deportation to service in the Turkish army. One dream unites them – to conquer the Promised Land, just as Joshua did.

A group of Jewish activists set out to make the dream reality. They included Joseph Trumpeldor, famous veteran of the Russo-Japanese War; journalist Vladimir (Ze’ev) Jabotinsky; and Zalman David Levontin of the Anglo-Palestine Bank. At a public meeting on March 12, 1915, 180 volunteers signed up for a new Jewish unit, though one meeting with General John Maxwell, the British commander in Egypt, was enough to seriously downgrade their expectations. Legally, Maxwell told them, there was no way to enlist foreign citizens in the British army, though he could consider setting up an auxiliary unit of mule drivers to supply the front. Jabotinsky stormed out of the meeting, incensed by the idea of a “Jewish donkey brigade,” but Trumpeldor – the only one with military experience – was prepared to seize even this opportunity, so long as the Zion Mule Corps would be clearly identifiable as a Jewish unit.