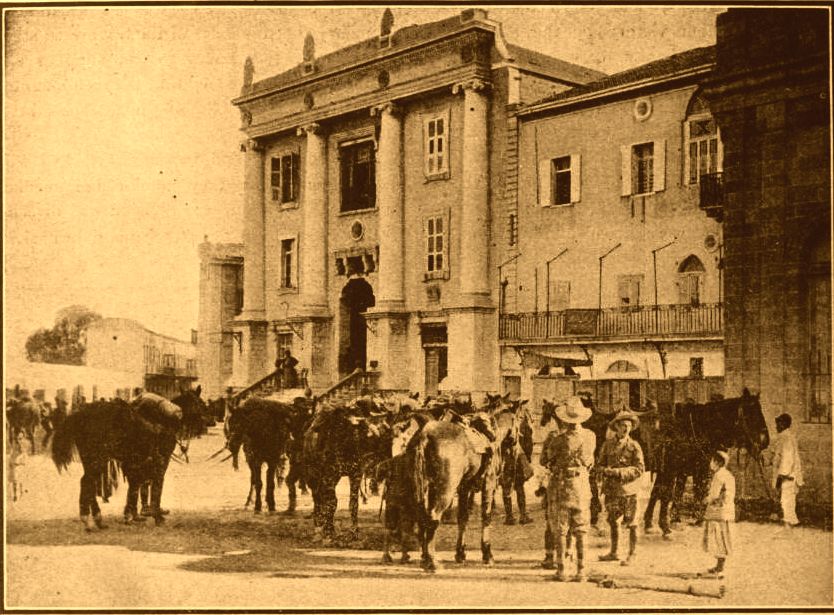 British forces under General Allenby occupied Tel Aviv and Jaffa during World War I, continuing the campaign begun with the capture of Beersheba two weeks earlier. The Ottoman army had retreated from the city and port, taking up fortified positions on the sandstone cliffs north of the Yarkon River. A month later, the British used boats and pontoon bridges to cross the river by night in a silent surprise attack, putting the Ottoman troops to flight. That victory cleared the way for Allenby’s troops to reach Jerusalem by year’s end.