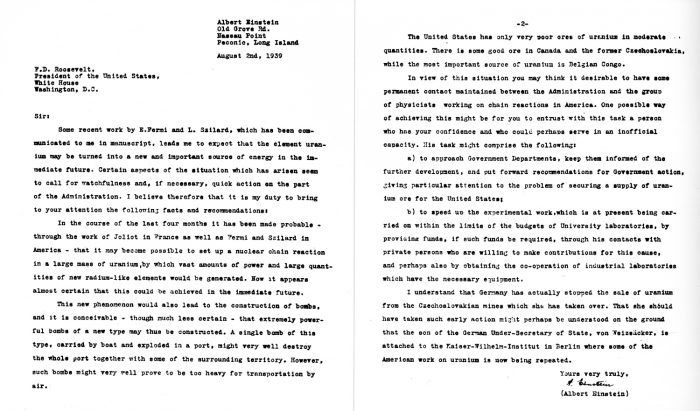 Eight years after he had urged all scientists to refuse military work, Albert Einstein signed a letter to President Franklin D. Roosevelt urging creation of an atomic weapons research program. The scientific genius had become convinced that Nazi Germany could realize the potential of the atom bomb and develop a bomb in advance of the United States. Einstein’s support was critical to getting Roosevelt’s support for what would become “The Manhattan Project,” but in retrospect he regretted the signature that unleashed nuclear warfare on the world until his dying day.