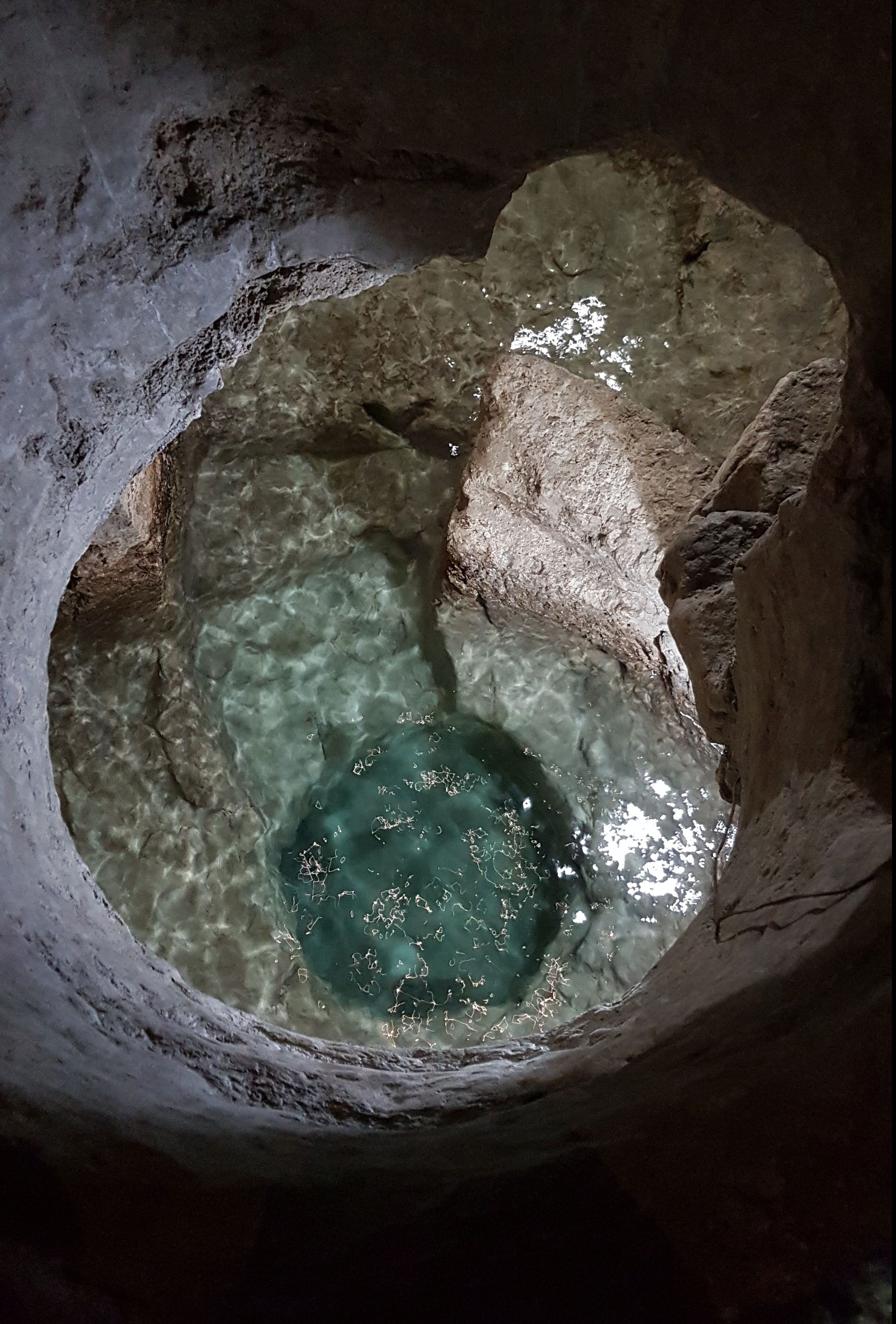 A medieval mikve (ritual bath) has long been known to exist fourteen meters below the floor of a cellar in the church of Saint Philip the Apostle, Syracuse, on the Italian island of Sicily. Dug deep so as to reach down to ground-water level, as was traditional in European medieval mikves, the mikve was accessed by a spiral staircase hewn into the subterranean limestone.

A previously unnoticed inscription was reported last month at a conference run jointly by the San Metodio Higher Institute of Religious Sciences and the Syracuse municipality. Dr. Yonatan Adler, the Ariel University archaeologist responsible for the discovery, emphasized the significance of this Hebrew inscription on the wall of the staircase – “Asher Hefetz” – as further proof that this was a Jewish ritual bath. His colleague, Dr. Nadia Zeldes of Ben Gurion Universtiy of the Negev, added that Hefetz is the Hebrew translation of Bonavoglia, the name of an important Sicilian-Jewish family.

Sicily was part of Spain in 1492, when the Jews were expelled from Spanish territory, putting an end to the ancient community of Syracuse. According to local lore recorded by early 18th-century historian Father Giuseppe Maria Capodieci, there were two more mikves in the town in addition to this one. A second, impressively large, multi-pool mikve was located in 1987 buried in sand beneath a hotel. Presumably covered around the time of the expulsion, the ribbed vaulted space has been restored to use by the tiny, revived local Jewish community, for the ritual immersion accompanying conversions. For centuries, families in Syracuse preserved Jewish traditions, lighting candles on Friday evenings and covering mirrors during mourning, without being aware of any connection to Judaism. The assumption is that these were descendants of Conversos.